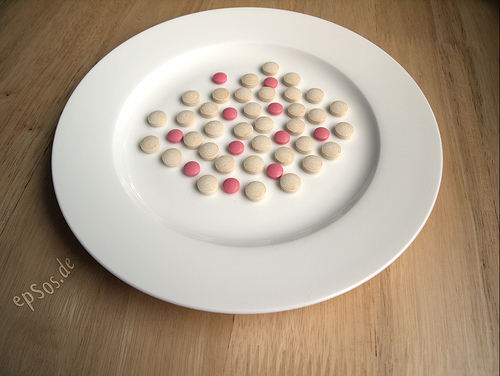 You’ve been watching the calendar and mentally marking the days. You should have had a period by now. You’re scared. You cry. You can’t sleep. And you hope it’s not true. But an early pregnancy test confirms your worst fears, and you believe that abortion is the best choice for you.

Eleven years ago, you only had one safe and legal option if you wanted an abortion–a surgical procedure. But in 2000, the U.S. Food and Drug Administration finally approved the use of Mifeprex (RU-486) for medical abortions. Since then, nearly 1.4 million women have used the approved medication to terminate unwanted pregnancies. Still, myths and misunderstandings exist about the procedure–so here are some facts about medical (also called medication or non-surgical) abortion:

1. A women in the earliest stage of pregnancy, whose last menstrual period began 49 days ago or less, is eligible for a medical abortion.

2. A medical abortion is a combination of two medications: The pill Mifeprex™ (mifepristone) is taken first, then two days later misoprostol is taken. According to the manufacturer, Danco Laboratories, Mifeprex™ blocks the hormone progesterone so that the pregnancy cannot continue, the lining of the uterus softens and breaks down, and bleeding begins. Misoprostol (a prostaglandin) causes the uterus to contract and push the embryo out of the uterus.

3. About 95 percent to 98 percent of women who use mifepristone/misoprostol will have a complete abortionl. For the remaining 2-5 percent who are either still pregnant, have an incomplete abortion, or have excessive bleeding, a suction procedure is required.

4. There is a three step regimen for a medical abortion. The first two are taking the pills; Step Three, two weeks later, is an examination to confirm that the abortion is complete. If it is not, more time may be needed or a surgical abortion should be scheduled.

5. Some women prefer surgical abortions. While safe, a medical abortion is not a day at the beach–there is bleeding, often heavier than a menstrual period, and other side effects that can be more difficult than a surgical procedure. Some women experience gastrointestinal discomfort (cramps, nausea and diarrhea) and dizziness, weakness, chills and headaches. However, most women who have had medical abortions feel it was a good choice for them because it affords them privacy and they are able to terminate the pregnancy in the earliest stages.

6. Medical abortion is safer than pregnancy. Tragically, an average of more than two women die every day in the U.S. from pregnancy-related causes such as inadequate or non-existent prenatal care, according to a new report from Amnesty International [PDF]. Between 2000 and 2006, maternal deaths occurred in 6.5 per 100,000 pregnancies in the U.S [PDF]. In comparison, while 1.4 million women in the U.S. have chosen the medical abortion path since 2000, just eight women have died from sepsis, an inflammatory response to a bloodstream infection, after taking the pill. That’s about 1 in 168,000, comparable to the rate for early surgical abortion and miscarriage.

7. Medical abortion has been safely used by millions of women around the world. In the early 1990’s, the United Kingdom and Sweden approved its use, and it has been employed in France and China since 1988. It’s now licensed for use in 37 countries. However, the radical anti-choice lobby prevented the U.S. Food and Drug Administration from allowing it to be used in this country until the final months of President Clinton’s administration in September 2000.

10. Doctors who provide reproductive health care should be willing to administer medical abortions. Does yours?