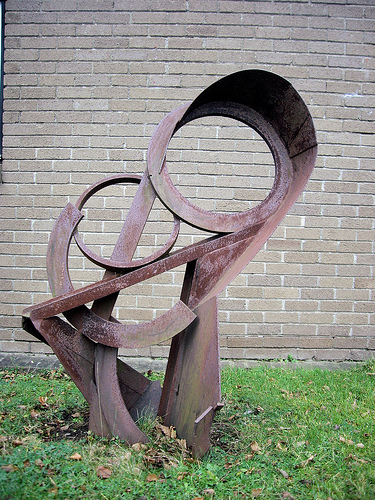 When I first saw the silicon breast shells that I had bought at My Secret mastectomy boutique on Manhattan’s Upper West Side for sale at Lord and Taylor, I was stunned. One of those shells—called in medical parlance a prosthesis—had been a secret part of my life for years, from the time I surrendered half of my right breast to a surgeon’s knife, an excision that helped to cure my cancer.

Clearly those silicon saucers were not a secret anymore. Women with perfectly good breasts were buying them to make their breasts look bigger. While I find that slightly off-putting—perhaps resenting that they have what I don’t but still are not satisfied—it’s great to have the company.

As regards my breast, I don’t have much choice. My arrogant breast surgeon declined to have a plastic surgeon in attendance when he tackled my cancer, reassuring me that I would not need reconstruction. How wrong he was. In addition to the vast amount of tissue he removed, he left me with a scar that begins under my right arm and sweeps under my breast, ending not far from my heart. Right after surgery came radiation therapy, which further altered the breast.

I’ve talked to doctors since then but have never settled on a good option. I fear an implant would interfere with the mammography reading. Reconstruction using tissue from another part of my body—my stomach, or behind my right shoulder blade—could compromise muscle function, and I’m unwilling to take that risk. Because the skin and tissue of my breast have been irradiated, it is an uncongenial place, as one breast surgeon told me, “to muck around in.”

So here I am with this crazy bosom. While my healthy breast has grown through the years, the other one seems smaller and smaller by comparison. Because of the radiation it will never grow again. The asymmetry defies nature, not to mention the relentless images of breast beauty all around us. But it’s my asymmetry. It’s my record of things past. It keeps me from getting too cocky, too comfortable here, too caught up in the small things to forget the big picture.

It also reminds me of how truly miraculous the body is. It can give up a part of itself—a tender, sweet, beloved part of itself—and soldier on. Its spirit is indomitable. And when you come right down to it, that spirit is the human spirit–something else I’m reminded of every day.