Why Decriminalizing Sex Work is Good for All Women - Ms. Magazine
Skip to content 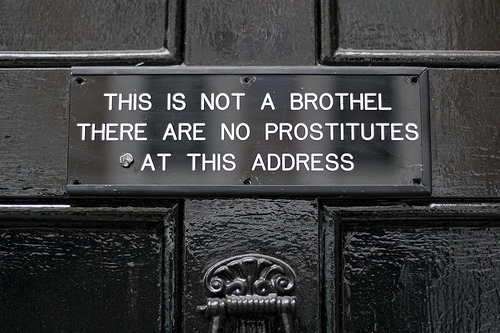 In a landmark ruling for women, the Ontario (Canada) Superior Court struck down existing laws against prostitution. This is a win for all women–at least in Canada. Decriminalizing sex work is a step toward eradicating “whore stigma,”something that affects all women and not just sex workers.

Canadian sex workers brought forth a constitutional challenge arguing that anti-prostitution laws hurt them more than protect them. The Canadian court ruled that laws criminalizing aspects of prostitution violate principles of fundamental justice and workers’ right to security (PDF). In other words, the harms to sex workers and to communities that result from existing laws outweigh the (perceived) benefits of criminalization.

What is notable about the ruling is that the judge refuted ideological and unscientific arguments that prostitution, taken as a whole, victimizes women. The ruling cited study after study showing that indoor prostitution is less harmful than street work, and that the places and ways in which prostitution can be practiced can lower the risk of violence. Sweeping claims that prostitution harms women are not reflected in the research.

This case repudiates the dominant discourse around sex work today: that the majority of sex workers are coerced, that women are trafficked into the business and that selling sex is inherently violent. In sum, that whores are not capable of critical thought and informed decision-making.

Whore stigma is a particularly gnarly incarnation of misogyny marking women who dare to exercise economic independence or sexual independence. Think of the stereotype of a woman in a mid- or high-power position sleeping her way to the top. Think of prostitution in the media: news stories of women arrested for prostitution, or victims saved from trafficking; the popularity of HBO’s CatHouse: The Series reality show in a legal Nevada brothel; Showtime’s Secret Diary of a Call Girl. Basically, women exercising power in forms traditionally coded as masculine—with sexual independence, economic aspirations—are a challenge to the traditional gender model.

Whore stigma is one clue that anti-prostitution ideology is about more than just violence against women—it’s specifically about femininity. In this sense, arguments against transactional sex are a defense of both the gender binary and of heterosexuality. This is why men and transgender sex workers are invisible in prostitution debates. This is why changing laws is just the beginning, not the end, of a longtime struggle for basic human rights for sex workers.

Perhaps it is time for the U.S. to start paying attention to our neighbor to the north and other industrialized countries such as Germany and Australia (where prostitution has been legalized) and start questioning the ideological assumptions of our anti-prostitution legislation.

Photo from Soho area of London by Flickr user Tom Coates under license from Creative Commons 2.0.

About Crystal Jackson and Barbara Brents