Montana Tries to Push The Pill Out of Public Health Care - Ms. Magazine
Skip to content 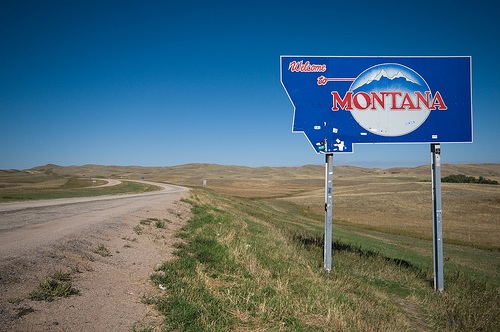 Debates on reproductive health care tend to center on abortion, but pay close attention to a stealth war on a kind of reproductive choice that many women take for granted: the cost of birth control.

The Obama administration has come under pressure to make free contraception part of its array of preventive services under the new health reform plans. On the state level, however, some are determined to block the expansion of birth control coverage, starting with the most vulnerable–teenage girls.

Montana’s subsidized health insurance plan for poor children is poised to bar birth control coverage for teens. Planned Parenthood Montana and the ACLU have launched a legal challenge, contending that the policy denies women coverage in a way that violates constitutional rights.

The excision of contraceptive coverage can be traced to Republican State Sen. Keith Bales, who contended that “the government shouldn’t be financing contraceptives for youth, because then that circumvents the family.” Instead, Bales circumvented common sense by pulling funding for The Pill during last-minute wrangling over the bill. Yet left intact was coverage for “the cost of prenatal care, delivery and postnatal care for teen mothers,” reports the AP.

In other words, the government won’t support girls who want to prevent unwanted pregnancy, but it will at least help them cope with the results of a wholly preventable situation. Incidentally, teens are free to use subsidized birth control pills for just about everything except contraception—from treating acne to alleviating heavy periods.

The policy would put many young women at greater risk of unwanted pregnancy, according to Planned Parenthood’s analysis, which found that more than 45 percent of teens of reproductive age are sexually active:

Roughly 80 percent of sexually active teens use contraceptives, 70 percent of whom use prescription methods. [Planned Parenthood Montana] estimates that approximately 1,300 young women currently enrolled in HMK [Healthy Montana Kids] are in need of contraceptive coverage and that number will likely grow when the program reaches full enrollment in 2011.

In addition, the Centers for Disease Control issued a report on October 20, 2010 showing that Montana was one of only two states in the nation to show a statistically significant increase in teen births rates.

And now Montana will probably maintain that dubious distinction for years to come with its schizoid pill policy. Of course if teenagers in Montana are even slightly more enlightened than some of the state’s lawmakers, we may soon see a jump in prescriptions for oral treatment of acne, as young women try to work around yet another absurdity the state has imposed on their bodies.