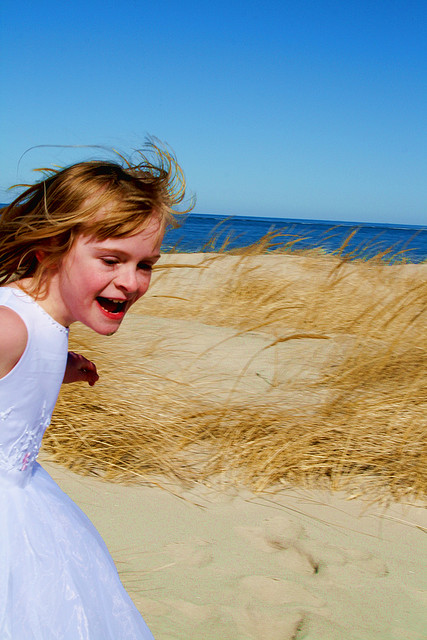 We know that the sexualization of women and girls is rampant. It is the stuff of Ms. magazine’s “No Comment” section, eyes rolled at reality television, training bras for 7-year-olds and high heels for infants. But maybe we don’t realize the full effect of these images.

Did you know that 92.8 percent of music videos have at least one marker of sexualization? That just 29 percent of speaking characters in movies are female (and 80 percent are white)? That 40 percent of video-game players are female, but even a smart action figure like Lara Croft is sexualized, encouraging players to believe in gender stereotypes even more? That between 2003 and 2004 there was a three-fold increase in girls under 18 getting breast implants? That girls who play with Barbie have a lower rate of belief that any career is possible, even if Barbie is a doctor? That the more sexualized a girl’s identity is, the lower her grades in every subject, the lower her scores on standardized testing and the lower her general self-esteem?

And what exactly is sexualization? The American Psychological Association Task Force on the Sexualization of Girls Report defines it as;

when a person’s value comes only from her/his sexual appeal or behavior, to the exclusion of other characteristics, and when a person is sexually objectified.

The 2007 report, the most downloaded in APA history, also finds that virtually every form of media highly sexualizes women, negatively affecting “cognitive functioning, physical and mental health, sexuality and attitudes and beliefs.”

So what can young women do about all this over-sexualization?

Two weeks ago, I heard an audience of activists–many of them girls between the ages of 14 and 22–shout “We are the spark!” at an all-day event “to ignite a movement for girls’ rights to healthy sexuality.” The SPARK Summit–SPARK being short for Sexualization Protest: Action, Resistance, Knowledge–offered panels and keynote speakers to inspire young women and men to wake up, work together and begin calling out the massive media machine that is doing all of us a disservice. There was talk about the hard work of activism, but also the need for fun, inter-generational conversation, diversity and vision. The speakers ranged from Geena Davis, representing her Institute on Gender in the Media, to young students in high school and college.

“The reason this work is so difficult,” said Samhita Mukhopadhyay, executive editor of Feministing, “is because it has to happen.” Emily May, founder of HollabackNYC, told the audience that “the revolution will be built by badasses,” and looked toward a future where:

sexy isn’t a look but a feeling… where we make out with people because we are attracted to their fierce soul power … and where we get to be us without reservations.

The point of the day wasn’t to send the audience home with a good lesson learned: It was to give a new generation the tools to speak up and access power and to get officially “sparked.”

How do we keep it going? How do we work against sexualization when it saturates us to the point of blindness?

Here are 10 ways we can work toward a girl’s right to healthy sexuality: