This Thanksgiving, Remember the Migrant Hands That Feed You - Ms. Magazine
Skip to content 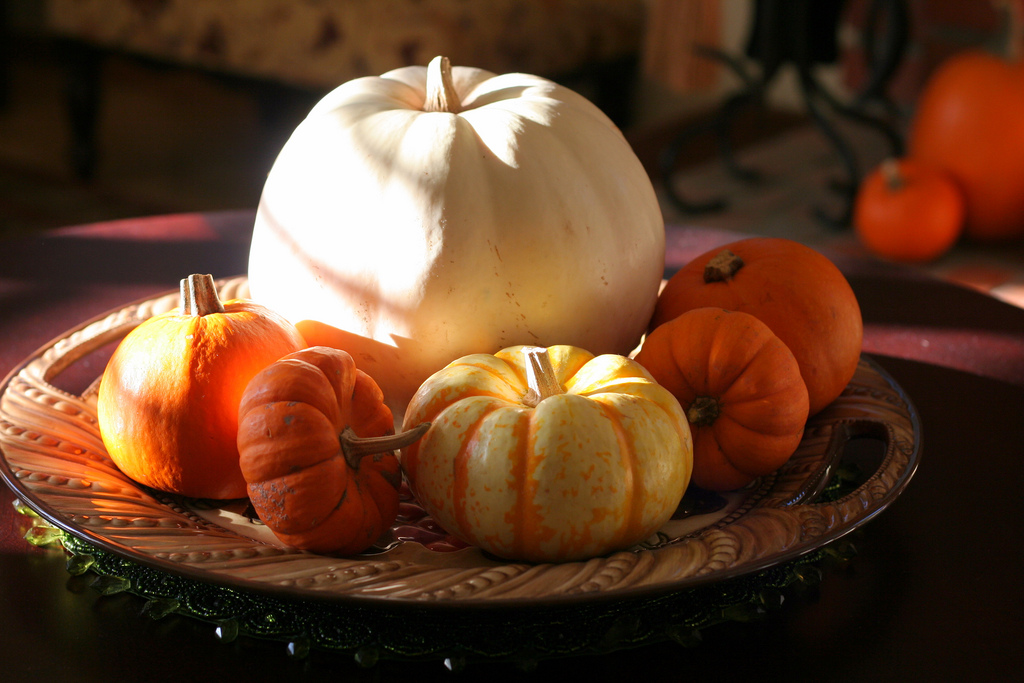 There will be an unexpected guest at Thanksgiving this year, one you’ll barely notice. You only know her by her hands, which pick, process and package that rich feast your family will enjoy. And it’s easy to overlook what her mind and body endures each day to put food on tables, yours and hers.

Building on previous research about migrant farm laborers, the Southern Poverty Law Center (SPLC) has published a study on the hardships suffered by immigrant women in the food industries. They face not only the usual exploitation, but threats of physical and sexual abuse which fester silently in workplaces starkly divided by gender and immigration status. The climate of fear at work keeps women isolated from law enforcement and other social supports, while the backbreaking day-to-day toil keeps the workforce atomized and unaware of their rights on the job.

The report describes the gender dimension to these workers’ struggles amid America’s current anti-immigration hysteria:

Communities and states across the country are enacting a patchwork of highly restrictive laws that will only drive undocumented immigrants further underground and make them even more exploitable by the businesses that employ them and the criminals who prey on them. Immigrant women face the additional danger of sexual assault and rape, crimes they often are afraid to report to police because it could lead to deportation.

Such mistreatment, say authors Mary Bauer and Mónica Ramírez , undermines conditions for all workers. In other words, proposed anti-immigrant legislation, which purports to “protect” deserving “legal” workers from unfair competition, is self-defeating because it renders undocumented immigrants even more desperate, and ultimately creates more profits for underpaying employers.

From the tomato fields to the packing plant, layers of oppression bear down on women workers, who typically take low-skill jobs and have little formal education. Sara, who, like countless others came to the U.S. to earn a living for her family back in Mexico, recalls in the report standing for 8 or 10 hours a day jamming chicken carcasses onto cones that whirred by at a frantic pace. The frigid air of the poultry plant left her “white with cold,” while the pain seared her muscles. In one instance, her boss disciplined her with machinistic brutality:

One supervisor, in his rush to get Sara back to work, broke her wrist, she says. The man noticed her struggling to close a latch on a rusty, metal safety glove. He grabbed her hand and slammed the latch in place.

‘He pressed down on the latch and I felt how the bones cracked apart,’ she recalls. Her hand went limp with pain, but the supervisor yelled at Sara to get back to work. ‘I grabbed the chicken and it fell out of my hands because it hurt so much.’ She did not report the incident because she did not believe anything could be done.

Sara was right. Though even unauthorized immigrants are covered by some regulations, such as the minimum wage, the SPLC reports that “most undocumented workers have no practical way to enforce their rights”:

The women are even more vulnerable in the workplace than their male counterparts. They are often the primary caregivers for children, making them less likely to assert their rights for fear of being fired or, worse, being deported and separated from their families. And because of their fear of being reported to immigration authorities, they are reluctant to report wage violations, sexual violence or gender discrimination, or to take legal action to stop it. In some localities, particularly where police have entered into so-called 287(g) agreements with the federal government to enforce immigration law, they are fearful of reporting violent crimes committed against them, because even crime victims can be deported. …

Companies that hire them benefit from lower labor costs, increasing the likelihood that their competitors will follow suit, creating a “vicious cycle” of depressed wages for both immigrants and low-skill, native-born workers alike. And when employers can exploit undocumented immigrants, they have little incentive to make their workplaces safe and fair for all workers.

The assembly line and the industrial harvest demand efficiency above all, and it’s simply more economical to wring as much sweat as possible from “disposable” labor than to worry about paying them the full wages they’ve earned or protecting them from toxic pesticides in the fields. It seems there’s never a shortage of migrants willing to fill those grueling jobs, after all.

When it comes to enforcing labor protections, a similar political economy determines how the law applies. The SPLC observes,

Law enforcement is far more likely to support an employer in getting rid of a ‘difficult’ worker than to inquire more deeply and discover the underlying exploitation that led to the disagreement.

The rationale of the marketplace governs the worker as well. As 39-year old migrant Alicia testifies, “I’d rather not cause trouble. It would be worse to lose everything.” Whatever they eke from their jobs on this side of the border is preferable to the abject poverty they fled on the other side.

Until all migrant workers, this country’s unwelcome guests, can come above ground and earn a living with some measure of freedom and dignity, no worker and no woman remains untouched by these inequities.

So when you sit down to Thanksgiving dinner this year, you know whom to thank.

This article originally appeared in In These Times.