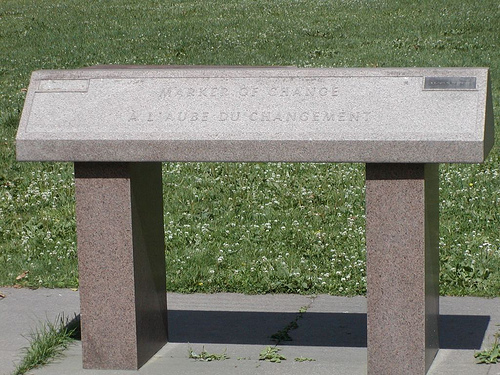 Many writers talk about the story that claws its way out from your core. I have such a story. It haunts me as it haunts women all over the world.

On December 6, 1989, 21 years ago today, 25-year-old Marc Lépine entered the University of Montreal engineering school, École Polytechnique, with a Sturm and Ruger mini 14 concealed in a plastic garbage bag. Days earlier, he had visited his mother and given her a birthday gift: Joyful, an album of piano music by two Christian brothers, the Bowkers. He knew he would never see her again.

Lépine had applied to École Polytechnique twice, been rejected both times, and had visited the campus on at least seven prior occasions. But this time was no rehearsal. Lépine unveiled the semi-automatic and headed toward classroom C-230, where graduate-level mechanical engineering courses were taught.

In classroom C-230, students and the professor turned to stare at Lépine when he entered. Listen up, he told them. Women to one side of the room, men get out. No one moved until Lépine fired into the ceiling. Then the men left the room. Alone with nine women, Lépine said, “I am here to fight against feminism. That is why I am here.”

The women huddled together. One spoke: “We are not feminists, just women studying engineering, not necessarily feminists ready to march on the streets to shout we are against men. …”

He shot her. He shot the others. Six died in that classroom.

Lépine stalked the halls, making his way to the cafeteria. Before he got there, he spied a young woman through the glass door to her office. She was frantically trying to lock the door, having spotted the gun. He shot her dead. When he arrived in the cafeteria, he shot at more women, killing three. Upstairs again, he burst into materials engineering classroom B-311. Again he shouted for the men to get out and the women to remain. He shot the woman giving a presentation at the front of the room. He shot more women. When the one at the front of the room moaned, Lépine took out his hunting knife and stabbed her to death.

Then he placed two boxes of cartridges on the professor’s desk, sat down on the dais, and shot himself in the head.

He left a lengthy suicide note. It was crystal clear: Lépine hated feminists, intended that day to send them “to their Maker.” Feminists, he said, had always enraged him. He left, as well, a list of 19 “radical feminists” he would have killed but for “lack of time.”

It took less than 20 minutes for 14 women students to die that evening. And it tore at the heart of Quebec, at the soul of Canada, at the very being of all women.

I was in Montreal  one year ago today, at an international conference organized by Montreal Massacre scholars Melissa Blais and Francis Dupuis-Deri. The Guerilla Girls were there. Hundreds of feminists and feminist scholars were there. All agreed: Polytechnique was one of the major events of our time, and Lépine’s words “I hate feminists” was a vomit of hatred.

Montreal journalist Francine Pelletier said she had waited 20 years for this conference, this analysis. Lépine did not kill women in a nursing school, she pointed out. He didn’t want to kill just women; he wanted to kill women who were trespassing boundaries, women who were doing “men’s” jobs. Pelletier was on the list of the 19 Lépine would have killed had he but had the time.

At the end of the conference, while the families of the 14 women celebrated their young lives at a private ceremony at the Basilica Notre Dame downtown, where funerals for nine of them were held that long ago December, I joined a human chain that encircled a park near the university that hosted the conference. The air was frigid. We held mittened hands and chanted and remembered. We signified unity and power in numbers and a feminist spirit that continues to refuse to forget. Every December 6, we remember:

“Today is the day we face it and look it right in the eye,” said provincial health minister Deb Matthews today, as 200 women gathered in commemoration at Women’s College Hospital in Toronto. “Today we don’t just recognize the 14 women, but all the women [affected by violence].”

Donna Decker is writing a book about the Montreal Massacre.

Photo of part of the memorial to the victims of the 1989 Montreal Massacre by Flickr user ZackW, under license from Creative Commons 2.0.

From Sweden to Mexico, Foreign Policy Goes Feminist. Is the U.S. Next?