NEWSFLASH: Ashtiani’s Husband Allegedly Sold Her for Sex … to Pay for His Drugs - Ms. Magazine
Skip to content 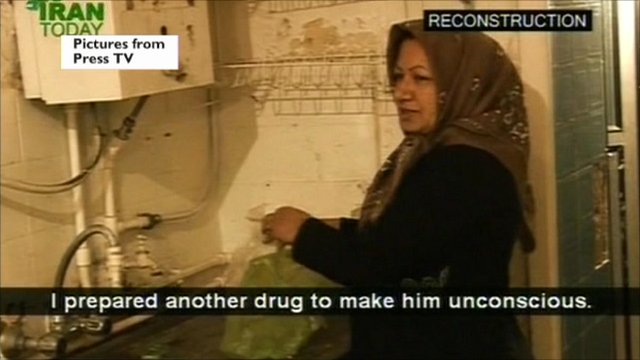 As if Sakineh Mohammadi Ashtiani’s struggle for freedom could get any worse—especially considering the recently aired state-produced documentary that Amnesty International proclaimed was being used to paint her as a criminal—her lawyer told the press today that the imprisoned Iranian woman was abused and sold for sex by her husband in order to fuel his drug addiction.

The lawyer, Mohammad Mostafaei, expressed concern for his client following the airing of Press TV’s “reenactment of the crime scene” broadcast, in hopes of rallying more attention to her case:

I believe my client is now in a very dangerous situation. … It’s my duty to speak on her behalf. Just before they want to execute someone they put them on state TV to talk about their crime and condemn themselves.

She had two children, but [her husband] continued to abuse her physically and verbally, refusing to give her a divorce. Eventually he became an opium addict and demanded that she support his habit by prostituting herself.

In 2004, a man allegedly raped Ashtiani in her own home with her husband’s permission. Despite her pleas for a divorce, her husband refused and denied her the right to visit her family and relatives. Such scenarios are not uncommon in Iran, a country whose court system once scoffed at the idea of a woman filing for divorce. The New York Times reports that while Iranian women have made advances in securing equal rights, noting that one in five marriages now end in divorce, many obstacles remain:

Girls can legally be forced into marriage at the age of 13. Men have the right to divorce their wives whenever they wish, and are granted custody of any children over the age of 7. Men can ban their wives from working outside the home, and can engage in polygamy.

Nor is divorce a panacea, as Fatimeh Sadeghi, an Iranian professor fired for her writing on women’s rights, points out, “How can divorce help a woman in southern parts of the country when she has to return after divorce to her father’s home who will make her even more miserable than her husband?” This question, along with many others, can only be answered if the international community continues to pressure the Iranian government to free Ashtiani.