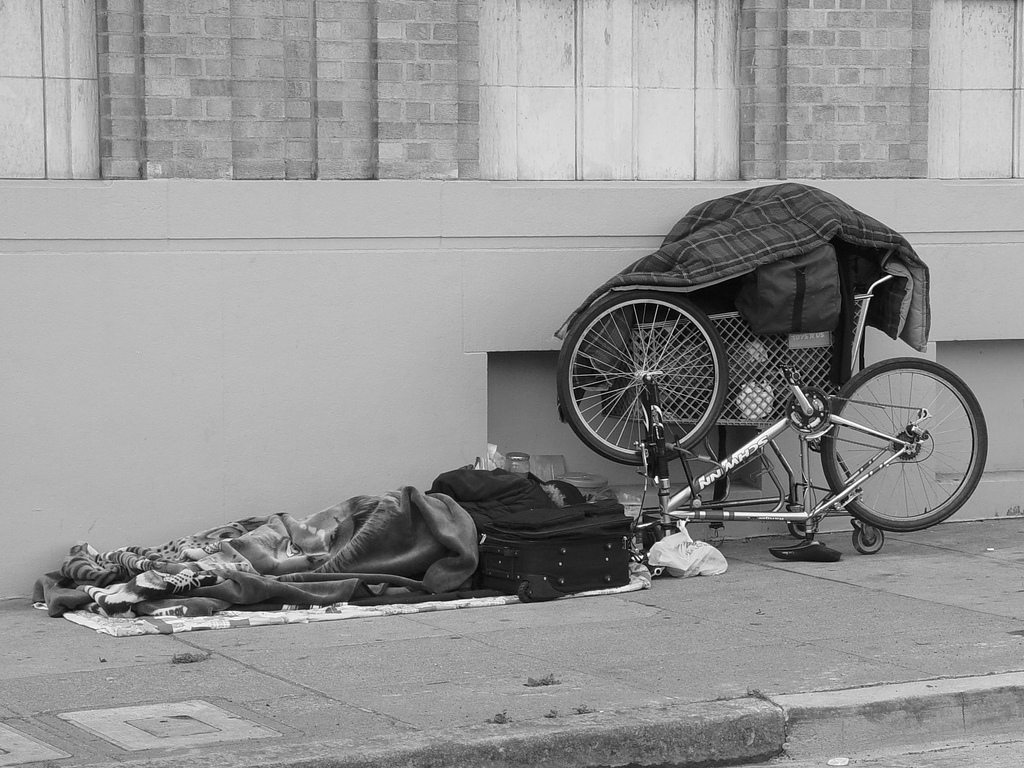 Many cities will begin the New Year with a sad resolution: to make sure the number of homeless families doesn’t grow as much as it did the year before.

A new survey of homelessness covering 27 cities, published by the U.S. Conference of Mayors, sheds light on the epidemic. A rise in family homelessness in many areas of the country reflects extreme failures of economic and social policy at all levels of government.

Commonly cited as the factors that pushed families over the edge were, in fact, problems that impact nearly all of us:

Most of the surveyed cities reported a rise in family homelessness over the past year, which outpaced homelessness among single individuals. This coincided with a sharp jump in demand for emergency food assistance. On an average night in 26 cities, nearly 11,000 people in families stayed in emergency shelters and more than 15,000 were living in longer-term but not permanent transitional housing. Another several hundred are “unaccompanied youths,” perhaps survivors of traumatic experiences in foster care, or LGBT teens wrestling with stigma and rejection.

According to the survey,

In more than two in three (68 percent, or 17) of the survey cities, shelters must turn away families with children experiencing homelessness because no beds are available for them.

Homelessness leads to further instability in every facet of family life, from parents’ mental health to child development. Often, homeless children are pushed out of an education system that can’t accommodate transient and impoverished students.

Many cities have used stimulus funds to expand prevention services, which help stabilize distressed families before they are displaced. Phoenix housing authorities, for example, has drawn on federal Neighborhood Stabilization Program funds to expand affordable housing stock  in the areas most heavily impacted by the foreclosure and economic crises. In Nashville, the federal Homelessness Prevention and Rapid Re-housing Program helps provide comprehensive services to women recovering from domestic violence to help them find housing as well as employment and mental health support.

But even those promising programs could be overwhelmed by growing needs in the coming year. More than 70 percent of the surveyed cities predicted that family homelessness would grow in 2011. Yet nearly all cities expect resources for emergency shelter to stay level or to shrink.

Part of the problem is that homelessness is typically the endpoint of a crisis that has been building for months or years, beginning with an abusive boyfriend, the loss of a job, a sudden illness or maybe your landlord going into foreclosure.

Nearly every family who enters an emergency shelter tonight represents many missed opportunities to intervene earlier. Common-sense strategies for preventing homelessness range from early outreach to parents of impoverished children through their schools, or something as simple as rerouting funds from temporary shelters and using them instead to subsidize poor families’ rent or heating bills.

Though the Mayors’ survey gives few details on the gender dimensions of homelessness, it’s likely that the families who wound up homeless fit the grim profiles that previous research has revealed. According to the National Center on Family Homelessness, among homeless mothers and children:

As Ms. magazine reported in its Fall issue, domestic violence shelters have taken a hit from state and local budget cuts, and this coming fiscal year could bring even more cutbacks as federal stimulus funds dry up. Abused women will likely face an even worse shortage of specialized domestic violence shelters and may have to resort to regular homeless shelters that offer little protection or emotional support.

There are other aspects of homelessness among women and families that these statistics don’t capture. Some of the homeless women winding up in shelters these days are female veterans suffering from war-related trauma who find themselves unable to transition back to civilian life. Moreover, the  actual number of homeless women remains unclear, since the official count doesn’t pick up people who are “doubled up” in precarious arrangements, such as staying on the couches of relatives and friends.

In 2011, as nearly every kind of social spending will be likely to come under attack by the new Congress, funding to deal with homelessness will be unlikely to get much attention. But sooner or later lawmakers will have to confront the homeless in the communities they represent, as more and more working Americans realize how easy it is to go from hard times to being out on the street.