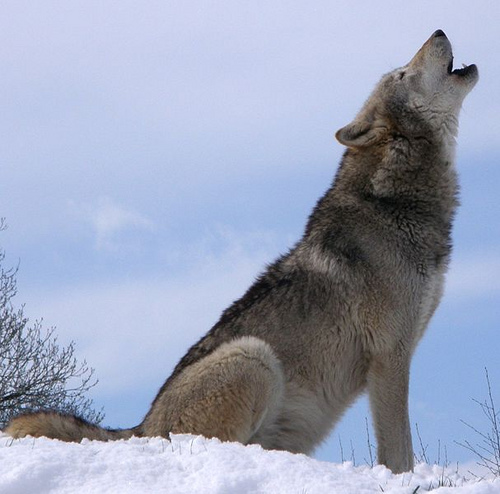 Naomi Wolf has been making the media rounds lately on the Julian Assange case, beginning  with three pieces on The Huffington Post and then in a debate on Democracy Now! She claimed that the governments involved in prosecuting Assange for rape are only “pimping feminism” to go after him in retaliation for WikiLeaks, and that pursuing this case is an affront to rape victims everywhere. Numerous other feminists disagree, including Katha Pollitt, Kate Harding, Jessica Valenti, Jaclyn Friedman, Melissa McEwan and Sady Doyle (the latter of whom started the #mooreandme campaign). They argue that, although the proceedings may be politically motivated, all rape allegations should be taken seriously—or none will be.

In her Democracy Now! debate with feminist Jaclyn Friedman, Wolf described the allegations that one of the women “woke to find him having sex with her” without a condom as a case that is based on “multiple instances of consent.” According to Wolf, because the women did not say “this is not consensual,” it was not rape.

Subsequently, Wolf has written two very similar articles, one for the Project Syndicate website and the other in The Guardian, which suggest that Assange’s accusers be named. Further, on two different BBC programs, Newsnight and World Have Your Say, she asserted that those who report rape or sexual assault should not be allowed to remain anonymous. Here are her own words, on World Have Your Say:

According to Wolf, the anonymity of rape victims 1) facilitates rape cover-ups (though she cites no empirical data, only her anecdotal experience) and 2) is part of the reason that rape is not taken seriously. But the root of her argument is that women are not children (who should be shielded) but “moral adults” who should have to face their accusers like everyone else, because “engaging in a public act … should have major consequences.”

But Wolf isn’t referring to equity at all—she’s describing a strict understanding of equality. Equity takes difference, disadvantage and structural inequality into account, whereas equality is treating everyone exactly the same, no matter what.

Wolf suggests that shielding rape victims is outdated because, well, it’s not like we live in the Victorian Era! This is a silencing argument that women hear all the time—something to the tune of, “There has been so much progress for women. I mean, you can vote, what are you bitching about?” That would be like me saying to Naomi Wolf, “Worrying about government corruption is so outdated, it’s not like we live in the McCarthy Era!” Of course, the McCarthy Era is a shameful piece of our history, but it does not mean the government never does anything wrong or unethical now and that people shouldn’t be up in arms about wrongdoings.

So, according to Wolf-think, it’s of little matter that those who make rape accusations are often re-victimized and harassed and vulnerable to further violence. To shield them from that is to treat them as though they are children! Equity, though–as distinguished from equality–is not about infantilizing a group of people and patting them on their heads: Equity is for grownups, based on the idea that in order to achieve a fair and just society, you have to account for the fact that some groups of people are oppressed, disadvantaged and do not have the same access to, say, bodily integrity, justice or safety that other groups of people have.

What Wolf is suggesting is a gender-blind policy which treats rape the same as any other crimes. But as we know from current research, color-blind ideology only perpetuates racial oppression by ignoring differences, it doesn’t end the oppression. Further, a gender-blind policy such as the  one Wolf proposes uses men’s experience, broadly, as a template to which everyone must conform—a strategy Simone de Beauvoir contests in the classic feminist text The Second Sex.

Wolf’s argument that naming rape victims will force institutions to take rape seriously ignores all sorts of evidence of crimes not being taken seriously despite the fact that the accusers are known. How about assaults against people of color, the disabled, gays and lesbians, genderqueer and transgender people, prostitutes or the homeless? These victims often get little respect, culturally or institutionally, even when their names are publicly proclaimed.

Wolf uses the gay and lesbian movement as evidence for her claims, citing “coming out” as being a transformative practice that has normalized being gay or lesbian. But coming out, for the most part, is an optional decision, and queer activists acknowledge that it isn’t the best or safest choice for all people. It’s also dismissive to act as though coming out has completely transformed how our justice system treats gays and lesbians.

Oddly enough, Wolf “came out” as a victim of sexual assault on World Have Your Say, in an obvious attempt to maintain credibility. But that’s not nearly the same as bringing charges of sexual assault, which is difficult for victims even with the promise of anonymity.

Anonymity isn’t the problem. An institution bent on dismissing rape victims will find new ways to do so, and making accusers’ names public will only lend them a hand. Problems like these don’t end when we revoke anonymity, but only when we address issues of privilege and oppression and, say, pay as much attention when a black woman turns up missing as when a white woman does.

But for right now we don’t live in that ideal world. We still live in a place where women’s issues are seen as secondary and where victims of sexual assault are often treated dismissively, disdainfully and even violently. In order to do justice to women and to all victims of sexual assault, we must listen to them. Instead, Wolf is dead set on ignoring the voices of women and victims of sexual assault, publicly condescending to them and asserting over and over that her “23 years of experience”—a phrase used so repetitiously it became the hashtag #23yrs on Twitter—means she knows what’s best for them and they don’t.

I owe a great debt to feminists engaged in dialogue about this issue via Twitter, Facebook, and throughout the blogosphere. I would also like to thank Michael Kimmel and Jessica Holden Sherwood for their much appreciated advice while I was writing this.

About Michaela A. Null

Michaela A. Null is a graduate student in Sociology and Women's Studies at Purdue University. Her interests are in sex and gender, fat studies, sexuality, and race and ethnicity.