The Weight of Words - Ms. Magazine
Skip to content 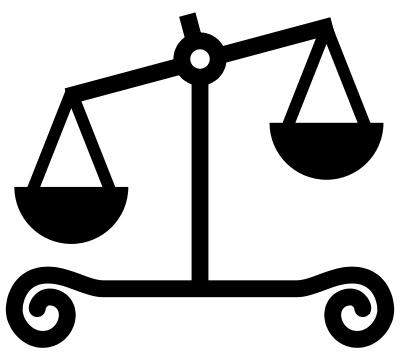 Some years ago I nearly lost one of my writing students over the word “glutton.”

Jay had submitted a short story with a female character described as large and middle aged, generally dressed in overalls, who binged on candy bars when stressed the way others might chain-smoke. Jay himself was large and middle-aged, generally wore baggy jeans and had expressed to me such shame over his weight that he wondered if there was any point in his writing–since his work would surely be judged as much by the author’s appearance as by its literary merits. In our conversations in class, I’d talked him down with assurances that both his shame and his fear were misplaced: Jay was a sweet, gentle giant of a man and by no means the freak that he seemed to think himself, and publication–especially in literary circles–depends first and foremost on the quality of the work. But then his character’s constant unwrapping of candies began to intrigue me, and I asked Jay in my feedback, “What’s she a glutton for?”

Jay responded with an email informing me that he was dropping my class.

Looking back now on my astonishment then, I wonder if I’d have been so surprised if Jay were a woman? Would I have been more sensitive to the identification this writer obviously felt with his alter-ego? Would I have chosen my words more carefully? Might I have avoided touching the topic at all?

I hope not. After all, the way people talked about weight when I was growing up helped to plunge me into 7 years of anorexia. Being told that I was a “chubby little girl” at 8 was tantamount in my mind to being called a fat pig. And “fat pig” was a term reserved among women like my mother for castigating self-talk, or used by mean girls and cruel men for emotional abuse. My recovery had taught me that the ways we interpret language around eating and weight often “feed” eating disorders, and one way we can fight these disorders as well as weight stigma is to confront this language head on.

I assumed this was what Jay was trying to do through his story. I admired him for creating a fat female character who was tough, lovable, and vulnerable, and I wished more women had the nerve to write characters like this.

Words about eating and weight are loaded with judgment, violence and danger for females in our culture. “She eats like a bird” translates as praise for the daintiness and restraint of a woman who fails to sufficiently nourish her hungry body. “Stick thin” literally describes an inhuman image, but is spoken by most women with intensely human envy. A “gluttonous” woman must be slovenly, unkempt, weak, stupid and profoundly unfeminine. A gluttonous man, however, might be jolly as Old King Cole or as powerful as a Roman emperor.

The rush to judgment when such words are applied to men is rarely as automatic or as polarizing as when women are called voracious, fat, starving or thin. That’s because our society routinely credits men with more dimensions, more possibilities, more complex reasons for looking and behaving as they do. So even though I knew the shame Jay carried about his weight, I thought he was prepared to explore the metaphorical complexity of his character’s “gluttony.” Writers, after all, traffic in metaphor.

And so, coincidentally, do eating disorders. I knew from experiencing anorexia that, on one level, the emptiness I sought in those days was a metaphor for my hollow, purposeless sense of self in adolescence. During a later passage through bulimia, my bingeing and purging symbolized the feeling that I’d been forced to stuff too much shame down my throat and I had to get rid of it. And I knew from subsequent research that individuals with binge-eating disorder often view food and fat as a metaphoric wall that both separates and protects them from the world.

Make no mistake, eating disorders are complicated, biologically based mental illnesses that involve genetics, brain chemistry, personality and cognitive and behavioral conditioning as well as emotion, but language and metaphor also play significant roles these syndromes. Unpacking the weight of words that surround eating disorders can help us decode the emotional experience of sufferers and get past the stigma of appearance to the heart of the matter.

I sent Jay an impassioned note, begging him to consider the multitude of meanings this word “glutton” might have.
You might be trying to tell us that your character is:

What is the deeper meaning of her insatiability? What does her appetite signal?

Jay replied with a confession that he’d felt ridiculed, condemned and despised his entire life because of his weight, and he’d never been able to consider it dispassionately. Seeing the word “glutton” had triggered an outpouring of rage and hurt that he could barely control. The word had made him instantly view me as his enemy, and he’d acted in the only way he knew to protect himself: by raising a wall between us. He’d been so conditioned to think of compulsive eating as an affliction that it had never occurred to him to examine it as a metaphor. His character was acting out life as he knew it, but my questions had forced him to reconsider. Maybe there was more to this affliction. Maybe there was more to this life and character.

Jay returned to class, and as his story developed his character’s particular sorrows, yearnings and strengths began to shine through his portrait of her. He began to take himself more seriously as a writer and displayed more confidence in class. As he learned to lift the weight of the words that had burdened him for so long, he released the emotions they had crushed. And those feelings gave his spirit new life.

In the years since then, new statistics on eating disorders have emerged. According to the Academy for Eating Disorders, from 5 to 10 percent of patients treated for eating disorders are male. About one-fifth of obese individuals suffer from binge-eating disorder. And at least 10 percent of older teens and women struggle with symptoms of eating disorders. Meanwhile, “fat talk” has become so prevalent and toxic that last October the Delta Delta Delta Fraternity teamed up with The Center for Living, Learning & Leading to launch a public awareness effort called End Fat Talk.

We still have a long way to go. But changing the ways we talk and think about weight can help lift the burden of shame and fear that contributes to all forms of eating disorders, in men and women alike. The less we judge each other by the contours of our bodies, the more clearly we will see the true content of each other’s characters. And the better we all will feel.