How To Be a High School Feminist - Ms. Magazine
Skip to content 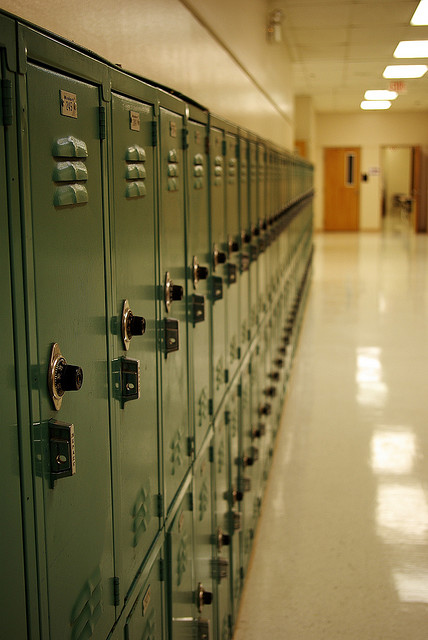 On our way to high school recently, I asked my friend, “Do you consider yourself a feminist?”

After a slight hesitation, she responded, “Well, I support women’s rights and all, but I’m no bra burner.”

Besides the fact that the bra-burning story is apocryphal, I was surprised by her answer. Is that what feminism meant to this smart girl?

As I’ve discovered what feminism means to me over the past couple years, I am repeatedly shocked by what others think of the movement. One highly accomplished woman I know declared that feminism was dead. Another scoffed when I said I was interested in attending a women’s college. Why is there so much animosity toward such a simple, important ideal—that women deserve equal rights?

The answer probably lies, like so many, in education. When my mother attended public high school in Santa Monica in the 1970s, at the height of the Second Wave when women’s studies courses were becoming popular, she was lucky enough to take one at her school. As a high school senior in a similar public school in 2011, I have not had access to any such classes, and women’s contributions still don’t get as much attention as those of men. In my history textbooks, there is only a paragraph or two on the feminist movement, and Elizabeth Cady Stanton is always stuck in the sidebar. My English classes have ignored female authors almost completely; all books assigned are by male writers, while only the optional book list includes a few female ones.

High schools overwhelmingly disregard the subject; a survey I conducted of 12 Los Angeles public schools found that none of them has any kind of women’s studies course available. And private schools in Los Angeles are not much better; in a survey of 12, I only found three that offer women’s studies. It is especially a shame that so few private schools take advantage of their more significant resources and curricular freedom to offer these courses.

Interestingly, some private Catholic schools present faux-feminist courses masked as feminist ones. One local Catholic all-girls school offers a women’s studies elective in which students learn about analyzing their dreams with a dream dictionary and watch old episodes of Oprah.

It is schools’ responsibility to produce an educated, well-rounded student body; by ignoring half of the world’s population, they aren’t really doing their job. At my school, there seems to be a rise in sexism and a complete misunderstanding of the women’s movement. Although I realize women’s studies classes would not cure sexism for all time, at least they would allow students to understand, as my friend did not, what feminists really are. And students enrolled in the courses would spread knowledge by sharing with friends what they learn.

Since I cannot personally fund women’s and gender studies programs in all schools (although I would love to!), I have a few tips for young feminists to assure them that it is possible to hold on to their ideals during high school.

–First of all, I would recommend going outside your school to take classes at community colleges, to look into auditing courses at universities and to attend programs that examine the topic. My time at Barnard College’s Young Women’s Leadership Institute helped me more fully explore feminism.

–Also, read feminist literature. When I discovered the lack of representation of female authors in my English classes, I chose to read female authors for my term paper. I read Kate Chopin’s The Awakening and Sylvia Plath’s The Bell Jar. For other recommendations, check out Jessica Stites’ list of feminist young-adult fiction from the fall 2010 issue of Ms., or reading lists from university-level women’s studies classes.

–To connect with young feminists (they exist, I swear), explore blogs for teenagers. Check out thefbomb.com to read entries by young bloggers from all over the world. The founder of the blog, Julie Zeilinger, never took women’s studies prior to starting the website, but after declaring herself a feminist, she was able to cultivate her feminist community online.

–And, of course, the best way to educate high schoolers about feminism is to not tolerate sexism when it creeps into the classroom, whether from teachers or students. If we pledge, along with Susan B. Anthony, to never allow another “season of silence” when advocating women’s rights and to consistently challenge anti-female or anti-feminist attitudes, in spite of the discomfort or eye rolling, we can create a feminist re-awakening.

Image from Flickr user House of Sims under Creative Commons 3.0