It's Time for a Feminist Bieber - Ms. Magazine
Skip to content 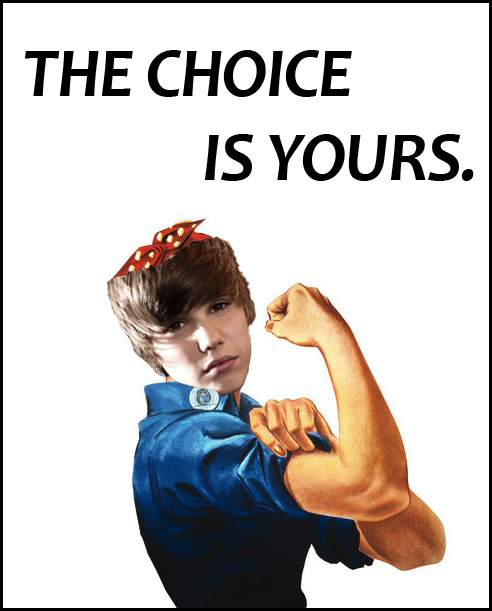 When you’ve taken over the world, it’s inevitable that journalists will start to ask you a few deeper questions. So goes the story of Justin Bieber, the popstar sensation who was recently outed by Rolling Stone as having anti-abortion views. Though his albums My World and My World 2.0 have been toppling the Billboard charts for the past two years, it appears that in Bieber’s world, a woman should not be allowed the choice to have control over her body—not even in cases of rape.

Bieber: I really don’t believe in abortion. It’s, like, killing a baby?

Rolling Stone: How about in cases of rape?

Bieber: Um. Well, I think that’s really sad, but everything happens for a reason. I don’t know how that would be a reason. I guess I haven’t been in that position, so I wouldn’t be able to judge that.

Though Bieber is still a kid himself, and who knows what kind of sex ed he’s received (though we thought abstinence-only hadn’t yet hit Canada), his words are of importance, if only because 7.3 million followers on Twitter ensure they penetrate every aspect of the interwebz by the time he’s spoken them. Who would’ve thought that his hit single “Baby” was actually a potential anti-abortion anthem for the next generation?

With that said, we’ve felt it was important to spotlight an important contributor to the feminist community. Enter @feministbieber.

Check below for some sample tweets and ask your friends to follow! 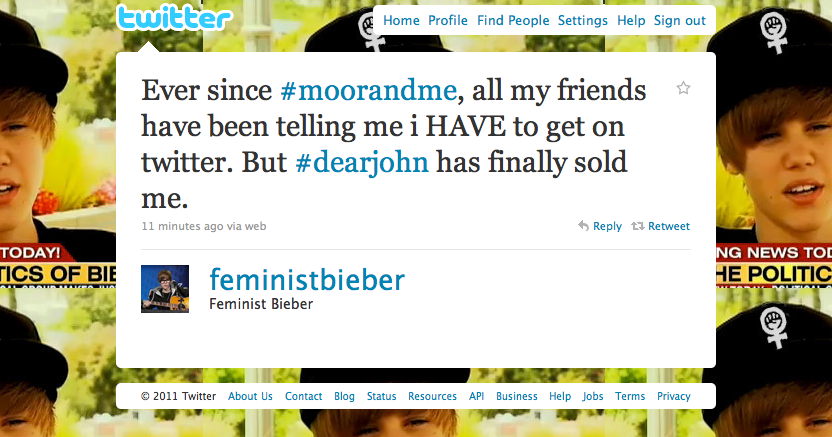