Women CAN Handle the Truth-About Cancer OR Alzheimer's - Ms. Magazine
Skip to content 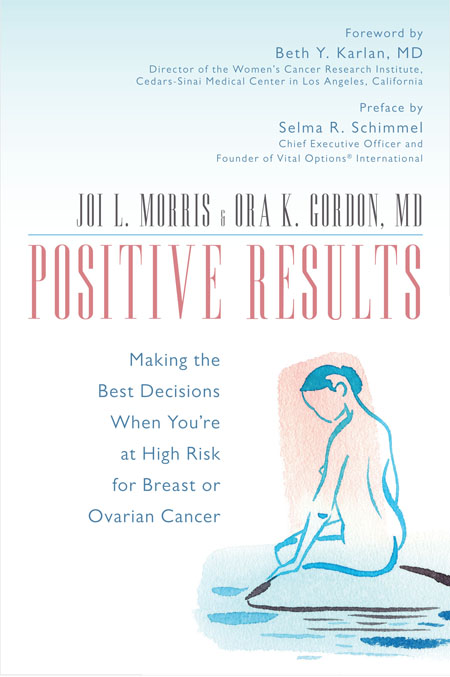 The BRCA genes were discovered in 1994 and 1995, but when you visited your doctor anytime from 1995 through the early 2000s, chances are that she or he did not recommend that you test for a mutation on the genes that would indicate an increased chance of developing ovarian or breast cancers. Why not? Because the paternalistic feeling of much of the medical community was that women who might be carriers of mutations couldn’t handle knowing their risk.

In fact, in 1998, an esteemed panel of experts convened a conference at Stanford University to decide what to do with the newfound ability to test for these genes. Their conclusion? Genetic testing for BRCA1 and BRCA2:

… is not appropriate for widespread clinical use or population screening, but may be beneficial in some circumstances–for example, in families experiencing multiple cases of cancer. Testing would raise fewer problems if definitive preventive interventions were available for those with the mutations, and if society better protected people with genetic risk of cancer.

Some doctors went so far as to test women for BRCA mutations but then refused to tell them the results because they thought the knowledge would be harmful. Other experts at that time concluded: “There are no known methods for preventing breast or ovarian cancer that would be particularly important to women with versions of these genes.” Essentially, doctors were throwing up their hands and saying they didn’t have any good options, so foreknowledge could be a dangerous thing.

Fortunately, times have changed. Medical experts now agree that genetic testing for BRCA genetic mutations can save lives, and that interventions are available. And the feared psychological harms have not materialized. Numerous studies of at-risk women have been conducted over the past decade and the consensus is: Women can handle the truth! Studies of individuals receiving such genetic information suggest that those who do not carry “at-risk” genotypes derive psychological benefits, while those identified as at risk show no adverse effects, according to a 2009 study in the British Journal of Psychiatry.

Does this mean there are no psychological impacts from genetic testing and discovering you are at genetically high risk for cancer? No. Learning you are at high risk for cancer causes stress, no doubt. The women profiled in the book Positive Results: Making the Best Decisions When You’re at High Risk for Breast or Ovarian Cancer candidly discuss the emotional toll of knowing about a BRCA mutation. But they also show how this knowledge can be empowering by allowing them to escape the cancers that have stricken other members of their family.

Ronald Bailey, science correspondent for Reason and author of Liberation Biology: The Scientific and Moral Case for the Biotech Revolution, recently posted “Bioethicists Can’t Handle the Truth,” in which he discussed the conundrum of testing for genetic markers for Alzheimer’s disease–likening the current state of affairs to the BRCA brouhaha of the late 1990s. Specifically, bioethicists and genetics professionals generally do not recommend testing for increased risk of Alzheimer’s disease because at this time medical science has no cure. Again, the rationale is paternalistic: If there is no treatment option, why subject individuals to the increased emotional stress of knowing they are likely to develop this disease?

This is a hot topic because knowing the content of your individual DNA genomic sequence is now affordable and widely available, made possible by major advances in technology and scientific knowledge over the past several years. We can all now spit into a test tube, mail it to any of a number of companies and receive a detailed report on everything from where your ancestors hail to your risk for heart disease, certain cancers and Alzheimer’s.

Science magazine hailed this technology as the “breakthrough of the year” in 2007. But, in fact, the “breakthrough” in personalized medicine came in 1994 with the discovery of BRCA1. This is why researchers and commentators are looking to the hereditary breast and ovarian cancer community for answers on how people cope with genetic knowledge; BRCA-mutation carriers are on the front line of personalized medicine.

No. Knowledge of a BRCA mutation provides a patient with options for avoiding disease development. Preventive surgery works for BRCA carriers: It reduces risk of disease development and improves a woman’s chances of living a long and healthy life. Even if patients choose surveillance for breast cancer over surgery, research shows that the disease is likely to be caught early and be curable. Breast MRI is so effective at detecting early breast tumors that Andrew D. Seidman, M.D., a member of the American Society of Clinical Oncology Cancer Communications committee has said:

The favorable overall survival in all high-risk groups reported suggests that careful MRI screening is not only superior to mammography alone, but may be an attractive alternative to risk-reducing prophylactic mastectomy for some women.

On the other hand, options for preventing Alzheimer’s if a patient knows she is at high risk are limited. The National Institute on Aging is blunt in its assessment: “No treatment has been proven to stop [Alzheimer’s disease].” Although considerable resources are being poured into Alzheimer’s research, there are also no quantitatively effective prevention strategies, although there are a number of drugs now available that may slow progress of the disease for a period of time.

Another reason that testing for genetic Alzheimer’s markers is different than BRCA testing concerns the tests’ ability to predict the disease. A woman who tests positive for a BRCA mutation knows, based on a decade and a half of research, that her risk of developing cancer falls within a well-defined if rather broad range–between 45 percent and 87 percent for breast cancer, and between 11 percent and 56 percent for ovarian cancer. Disease prediction with Alzheimer’s genetic markers, however, remains unclear as was discussed in “Genetic Markers for Alzheimer’s Disease: Are They Ready for Prime Time?“:

“Although the findings in this [new study in the journal Neurology] are of considerable interest, their application to everyday clinical practice is limited. For individuals seeking genetic information about Alzheimer’s disease, the predictive value is unclear. …”

As the burgeoning field of personalized medicine advances, both experts and the public will continue to look to the hereditary breast and ovarian cancer community as trailblazers in this brave new world. History will record that this community rose to the challenge presented by this new knowledge to improve their lives and limit the impact of two deadly diseases on this and future generations. And it will certainly record women’s courageous ability to handle the truth.

Joi went to law school in Nashville at Vanderbilt University then moved to Los Angeles in 1989 to launch her legal career. After practicing law in Los Angeles for 13 years, Joi took the leap to become a stay-at-home mom. Never one to be idle, she immediately replaced paying work with volunteer work. Joi now devotes her time to raising her children and to breast cancer advocacy, including providing peer support for women who are struggling to decide what to do about their genetically inherited breast and ovarian cancer risk. She is co-author of Positive Results: Making the Best Decisions When You're at High Risk for Breast or Ovarian Cancer; is an Outreach Coordinator for Facing Our Risk of Cancer Empowered (FORCE) -- the national organization for women at high risk of breast and ovarian cancer -- in Los Angeles, California; and is an Advocate in Science for Susan G. Komen for the Cure.