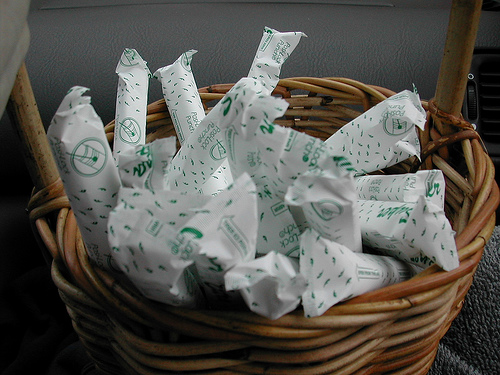 Francis Kissling on the evolution of the pro-choice and anti-abortion movements since 1973:

The fetus is more visible than ever before, and the abortion-rights movement needs to accept its existence and its value. It may not have a right to life, and its value may not be equal to that of the pregnant woman, but ending the life of a fetus is not a morally insignificant event.

Read her revolutionary prescription for pro-choice victory in The Washington Post.

Just when you thought Republicans had tried everything to screw over American women, Georgia State Rep. Bobby Franklin introduced a bill this week that would make both miscarriages and abortions potentially punishable by the death penalty. Pro-lifers–they’re such an enigma!

In response to State Rep. Franklin’s proposed new law, Jill at Feministe has a recommendation for old-fashioned letter-writing activism. It involves tampons, eggs, your period and a camera.

Speaking of anti-choice extremism, it looks like there are some anti-abortion folks with a whole lot of free time on their hands, and they’ve spent it messing around on Google. Now when you do a Google search for “murder” the Wikipedia entry for “abortion” is the second result.

An interesting conversation between Tavis Smiley and Bill Maher gave way to a post at Broadblogs asking why the “ism’s” that affect men–like ethnocentrism–seem more important than the ones–like sexism–that don’t.

As we approach the end of this year’s Black History Month, Renee Martin poses the question, “When Is a Child Too Young to Learn About the Middle Passage?”

Photo from Flickr user ecastro under license of Creative Commons 2.0.