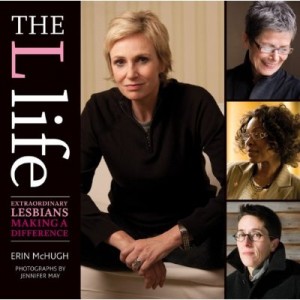 You know you’ve arrived and are here to stay when you get your own coffee table book–and Erin McHugh’s photo-album tribute to out-proud gay women, The L Life: Extraordinary Lesbians Making a Difference, begs to be put on display. On the cover, Jane Lynch, identified within as the “lesbian ‘it’ girl,” gazes confidently at the viewer, as does cartoonist/graphic memoirist Alison Bechdel, while comedian Kate Clinton and activist Marjorie Hill turn away from the camera in amusement. These women command our attention. They have stories we’d like to hear.

If the message of this book seems a bit retro to you–we’re here, we’re queer, so there!–McHugh has a good point to make about how lesbians still lack full visibility on the world stage. Lesbians, she writes, are the “secret love child of the invisible sex.” She notes that if lesbians get less attention now than they (we) ought to, it’s because so many identify “first as women, or as feminists, before they label themselves as lesbians.” The L Life wants to go back to the label and claim some brand recognition.

I was fascinated by the many labels in the book. Kate Clinton gets dubbed the “lesbians’ lesbian,” and is hailed as “one of our community’s comic ambassadors.” Bechdel identifies as a “professional lesbian.” New York City’s City Council Speaker Christine Quinn is called the city’s “Head Gay.” LOGO executive Lisa Sherman calls herself a “professional gay person.” Filmmaker Christine Vachon has long worn the title “Godmother of the New Queer Cinema.”

This kind of positive labeling contrasts sharply with the sort of label Roberta Achtenberg earned when she succeeded in winning Senate confirmation as Bill Clinton’s Assistant Secretary of Housing and Urban Development in 1993. In the heated debate surrounding her appointment, the relentlessly conservative Sen. Jesse Helms called her “that damn lesbian.” His outraged rant makes clear just how much he despised L people:

She’s not your garden-variety lesbian. She’s a militant, activist, mean lesbian, working her whole career to advance the homosexual agenda. I’m not going to put a lesbian in a position like that. If you want to call me a bigot, fine.

The story of Tenaja Jordon, the only under-30 woman included in the book, reminds us that many people face such bigotry on a daily basis. When Jordon came out as an adolescent, she was excommunicated by the Jehovah’s Witnesses church and her parents were prohibited from speaking to her. She found refuge in the Hetrick-Martin Institute (HMI) and has built her life around helping others the way she was helped. At 25, she’s on the board of HMI and has a bright future ahead of her.

A number of the women bring up connections between interlocking identity categories and the challenges of experiencing multiple forms of oppression. Marjorie Hill speaks of the time when, as a little girl, she faced protests when she was bused across New York City to attend a majority-white school. She notes that “those early years were an opportunity for me to prepare for being a lesbian”:

When my partner and I are at Bloomingdale’s and there are six white men being waited on, there is plenty of staff, and we can’t find somebody to wait on us, I don’t have the luxury of thinking, ‘Hmmm, maybe it is because I’m black; maybe it’s because we’re two lesbians; or maybe it is because they only know how to help men.’ I don’t have the luxury of dividing myself into separate parts, nor do I want to. I am a complex individual who is really wonderful because I am an African American lesbian woman. That’s what makes me wonderful!

I might quibble that The L Life could make its selection process more overt. We can all name people we’d like to see in the book, and even though there wouldn’t have been room for everyone, some sense of how this particular set of women emerged would be useful. I must also note that the book doesn’t represent trans women at all, implying that lesbian is a label only available to women-born-women. I was glad, however, to read about these women’s lives and to look at the gorgeous pictures by Jennifer May. 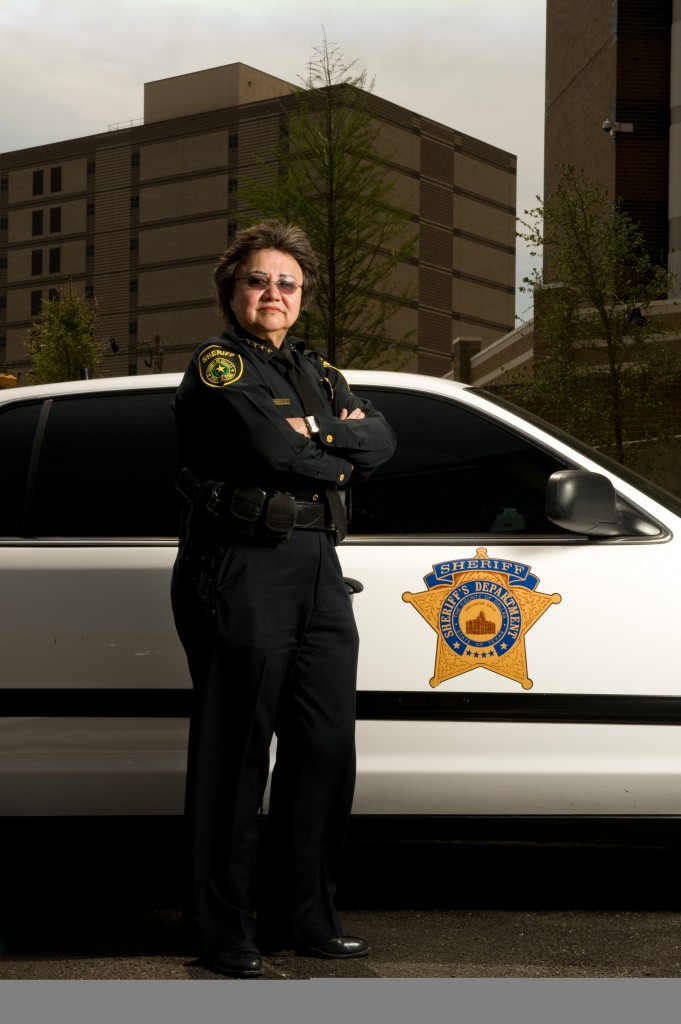 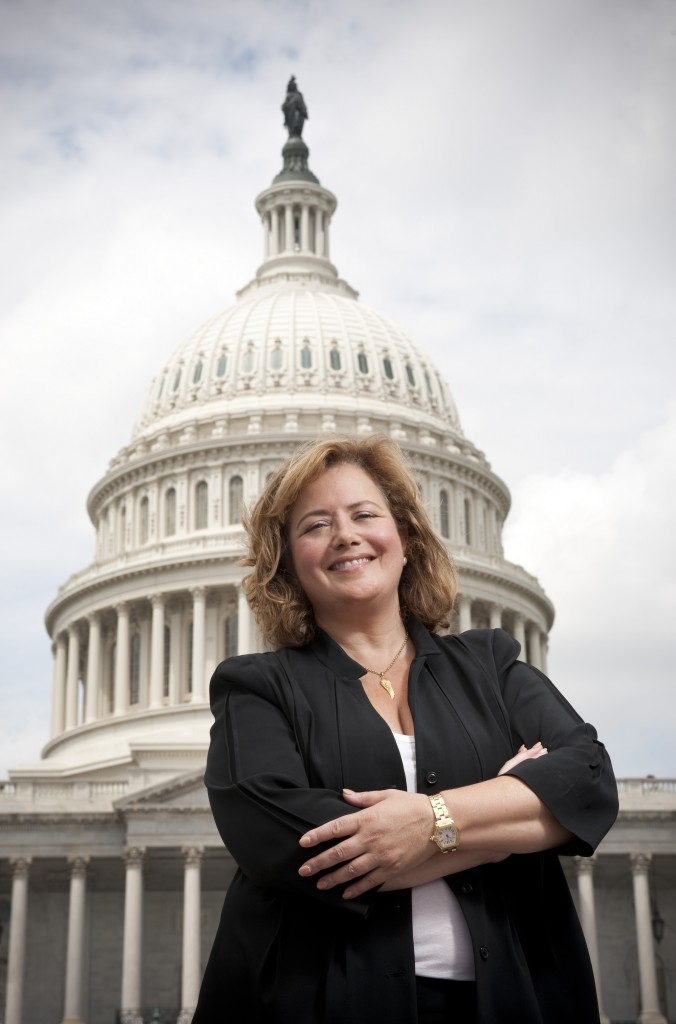 Put this book on that table in your living room, and browse through it when you want a dose of inspiration.

Photos of Valdez and Rosen by Jennifer May.