The Disappearance of Phylicia Barnes - Ms. Magazine
Skip to content 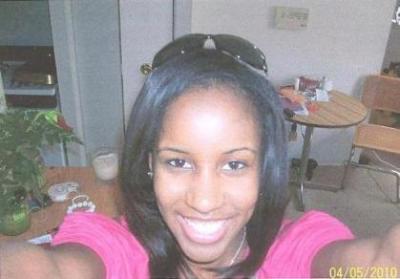 The media’s inattention to missing women of color is nothing new. Criticism of that trend isn’t either—and yet, it continues.

Consider how names such as Elizabeth Smart, Natalee Holloway or JonBenet Ramsey rank in name recognition, even years after their disappearances.

Then consider names such as Starr Snead, Artdrunetta Hobbs or Lachrica Jefferson. All are women of color who disappeared in the last 25 years.

You’ve never heard of any of those young women, have you?

As Tom Rosenstiel, director of the Washington-based Project for Excellence in Journalism told the AP in 2005: “To be blunt, blond white chicks who go missing get covered and poor, black, Hispanic or other people of color who go missing do not get covered.”

And yet, even with such high-profile media criticism, police departments, families and advocates still have a hard time capturing the public’s attention when women of color are reported missing.

Consider a recent case in Baltimore: On the Tuesday following Christmas, then 16-year-old Phylicia Barnes was visiting family in the city. According to reports, on the afternoon of December 28, 2010, she left her half-sister’s apartment—and hasn’t been seen since.

From the beginning, Baltimore Police Department officials say they tried to involve the news media in their search for Barnes. According to a February 21, 2011 story from NPR:

This case hasn’t gotten the same kind of wall-to-wall play in national media as the cases of other young, pretty, missing women, such as Natalee Holloway, the blond Alabama teen who disappeared in 2005 on a trip with schoolmates in Aruba.

“It’s almost like we had a minute-by-minute update,” Guglielmi says. “CNN had a little ticker on the bottom of their screen. Everybody knew Natalee Holloway. They knew her picture. Why can’t we know Phylicia Barnes?”

The implication, of course, is that because Barnes is African American, her disappearance didn’t pique the media’s interest.

A student at Union Academy in Monroe, N.C., Barnes was bright and athletic. Her family history indicates neither drug use nor reasons why she might be considered a runaway.

When website comment boards overran with rumors about “strange men and alcohol” at the apartment of Barnes’s half-sister, Deena Barnes, Deena took to the airwaves to dispel those victim-blaming accusations.

Online agitating by black and black feminist websites such as The New Black Woman has drawn increasing local and national attention to Barnes’ case. The website Blackandmissing.com devoted a week to Barnes in January. (To its credit, The Baltimore Sun gave the story early and ongoing coverage.)

As Barnes’s case finally gains attention, thousands of other similar cases nationwide go unnoticed. In fact, the disappearances of  many women of color–especially poor women who may grapple with drug addiction or sexual exploitation–oftentimes don’t receive the attention they deserve, even from investigators.

In a feature I am writing for the Spring issue of Ms., I explore what happened when the bones of nine women and two teenagers were discovered in the desert outside Albuquerque, New Mexico—and how investigators, as well as the public, look away when society’s most vulnerable women disappear.

As for Barnes, BPD investigators continue to work with the FBI to find the teenager, who has now been missing for more than two months. Anyone with information about her disappearance should call 855-223 -0033.

Photo of Phylicia Barnes from The Root.