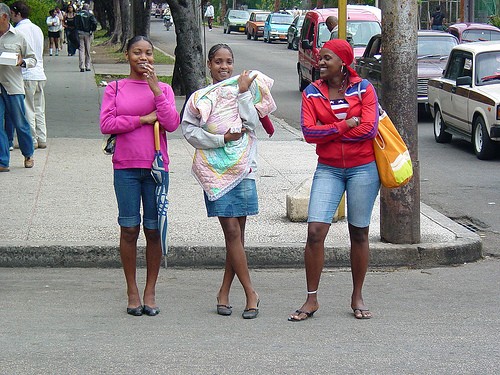 Earlier this month, Hollaback! Buenos Aires founder Inti Maria Tidball-Binz was featured in Argentina’s El Guardián newspaper, but the coverage was far from celebratory. Writer Juan Terranova belittled the movement, stating that street harassment is okay. As if Terranova couldn’t be any more infuriating, he ended by threateneing Tidball-Binz,

I finish here with a wish for 2011: to meet Inti Maria Tidball-Binz at a vernissage, share a drink, and later tell her I would love to rape her in the ass.

Terranova’s rape threat is unacceptable, and frankly, frightening. Hollaback and Change.org have put forth a demand that Terranova resigns from El Guardián.

If anything Terranova’s threat illustrates the need for women to fight back against street harassment. While street harassment can be perceived as actions that happen when jogging, walking or being out in public space, Terranova’s complete dismissal and subsequent threat underlines a connection between street harassment and violence against women. It can happen anywhere, whether in the streets or in print. And we need to start fighting back.

I have another suggestion for getting involved: Join your local Hollaback branch.

Hollaback was designed by women who were tired of being silenced and sought a simple, non-violent response. What emerged is a platform where thousands of stories of street harassment have been told. Hollaback branches can now be found in Buenos Aires, Czech Republic, Mumbai, France, London, Atlanta, Baltimore, El Paso, Houston, New York City, Portland, SoCal and more will be launching soon. If your city doesn’t have a branch, start your own!

For more on Hollaback, watch this Ms. Foundation for Women video on Hollaback! starring co-founder and executive director Emily May: