She Broke the Glass Ceiling - Ms. Magazine
Skip to content 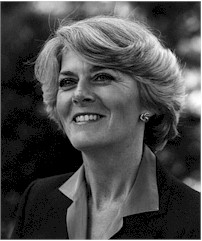 We are saddened today to learn of the death of Geraldine Ferraro. She was an historic feminist, a compassionate humanitarian and a role model for generations of women and girls seeking to break the glass ceiling. She was a champion for women’s rights during her three terms in the U.S. House of Representatives, but of course she’s most remembered for her historic run for vice president in 1984. As Ferraro traveled the country, she attracted huge crowds eager to vote for a woman for such a high office.

Aside from her political accomplishments, she provided courageous inspiration to millions of people combatting cancer, and helped countless people fighting multiple myeloma.

I had the privilege of working on women’s issues with Gerry for many years, and also saw her compassion and strength in action as she helped a dear friend of mine in her own struggle against multiple myeloma. We will miss her very much.