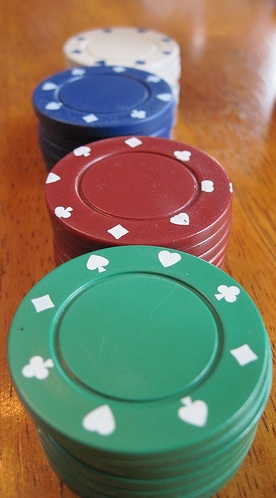 Resorts Casino Hotel in Atlantic City, N.J., a struggling casino that was purchased by new owners in December 2010, fired 15 cocktail waitresses for “violating uniform standards” after forcing them to try on skimpy 1920s-inspired flapper outfits and subjecting them to a degrading photo shoot. Seven of those fired have filed a lawsuit against the casino for sex and age discrimination.

The employees thought they were trying on the outfits so the company could find an option that best suited the entire staff, but that was not the case. Instead, inspired by the HBO hit series Boardwalk Empire, the casino’s new management wanted to rejuvenate its image by putting its cocktail waitresses in outfits with a little less fabric.

Each waitress had to try on the revealing costume and have three pictures taken: front, side and back. Some women were forced to spread their legs and take off their bras.

“They told me they needed two pictures of my backside. It was disgusting. It was dehumanizing,” said Nancy Schromsky in an interview with the Philadelphia Daily News. Schromsky is a 58-year-old grandmother who started working at the casino in 1978.

In a statement to the press, Resorts spokesperson Courtney Birmingham said:

All cocktail servers were given individual consideration and the selection process was conducted in a fair and objective manner. We empathize with the cocktail servers who lost their jobs and gave them hiring preference in other open positions at Resorts. Some took advantage of this offer and some did not.

In this case, “objective manner” meant objectifying. Those who filed the lawsuit in Superior Court claimed that Resorts and its owner Dennis Gomes created a “sham evaluation process” in order to fire middle-aged employees who did not meet image requirements and and replace them with “younger, sexually attractive” women.