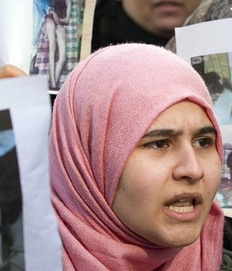 As demonstrators demand political change across North Africa and the Middle East, nothing short of a parallel revolution must also take place: Women’s rights must be recognized and promoted as human rights. Women were and continue to be leaders of the revolutions, but far too often post-revolutionary powers exclude women’s realities and needs. The consequence of patriarchal thinking is that those experiences unique to women–such as pregnancy, childbirth and abortion–get short shrift when it comes to policies and resources.

The three largest countries of the Maghreb–Algeria, Morocco and Tunisia–have taken drastically different approaches to reproductive rights and gender equality, and as a result women’s basic human rights differ significantly. A new report from the World Health Organization finds that in countries where abortion laws are most restrictive and women have low rates of contraceptive use, induced abortion rates are higher overall and unsafe abortion poses a particular health risk for women.

Translation: More women trade their health or even their lives in an effort to control their fertility, particularly in places such as Morocco and Algeria where abortion is illegal. In Morocco alone, an estimated 130,000 to 150,000 unsafe and illegal abortions occur every year. In Algeria, 10 percent of all obstetric hospital admissions are abortion-related, and 5.5 percent of all maternal deaths are due to unsafe abortion. Thousands of others experience potentially life-threatening disabilities and countless women live in fear due to the few legal and safe options they have if faced with an unwanted or unhealthy pregnancy. In addition to the health and safety risks that accompany unsafe abortions, the legal penalty for having an illegal abortion is high.

Tunisia has played a pioneering role in the areas of gender equality and equity, family planning and abortion. In 1973, Tunisia became the first African country to significantly liberalize its abortion law. Abortions are far easier to obtain in this Muslim and Arab country than they are in many states in the U.S.

As a result of these policies, Tunisian women benefit [PDF] from greater educational and economic opportunities than their Maghreb counterparts and, according to the United Nations, their health and overall status are far better. Tunisia has the lowest maternal mortality rate in the Maghreb, and women benefit from the highest status and greatest opportunities in terms of education and employment. The Tunisian case also shows the inter-linkages of women’s rights: Tunisian women have higher rates of education, employment and political participation than women in Algeria and Morocco, which is due at least in part, to their greater reproductive choices.

Legal abortion also saves women’s lives. Though Tunisia’s neighbor Algeria shares a similar population (predominately Arab and Muslim), common history (former French colonies) and similar development indicators (GNP, literacy, life expectancy), women in Algeria are more than twice as likely to die from pregnancy-related complications as Tunisian women. Since the two countries also have similar birth practices (95 percent of deliveries are handled by skilled birth attendants) and rates of contraception usage, the best explanation for the differential is that Tunisian women have abortions under safe conditions whereas Algerian women risk their lives to end a pregnancy.

The need for comprehensive and accessible sexual and reproductive health information and services has never been greater in the region. Adolescents and young people represent more than 30 percent of the combined population of Algeria, Tunisia and Morocco. Young people have sex earlier in life but tend to get married later, leaving a larger gap for pregnancies that aren’t socially condoned to occur. In Tunisia for example, the average age at marriage is 33 for men and 29 for women, while sexual initiation occurs in the mid to late teens. Premarital sex and unwanted pregnancies are common among adolescents, young persons and the unmarried, yet still socially taboo in all countries of the Maghreb. Clearly, young people increasingly need reproductive health information and services but Tunisia is the only Maghreb country to have youth-friendly and youth-managed clinics and programs.

Algerian, Moroccan and Tunisian women’s full potential will not be met until gender discrimination is abolished. Comprehensive sexual and reproductive rights must be included in all activities designed to increase women’s status, patriarchal norms must be challenged, and gender equality and women’s empowerment must be embraced. Women’s full participation in revolutions and democratic processes in the Maghreb depend on it.

Get the new Spring issue of Ms. for an in-depth look at the role of women in revolutions in Egypt, Tunisia and elsewhere–and what those revolutions will mean for women’s rights.

Leila Hessini is the vice president of programs at Global Fund for Women. She has over 20 years of organizing and grant-making experience promoting an intersectional lens to advancing human rights, gender equality, and economic and reproductive justice in the United States and globally.