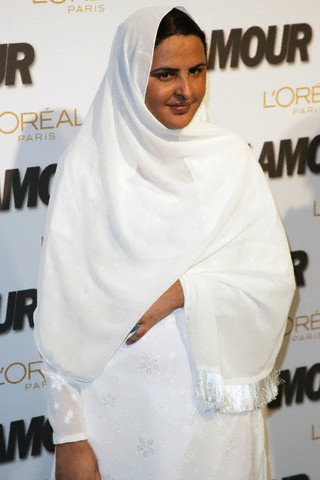 It was shocking when Mukhtar Mai was gang-raped by half a dozen men nearly a decade ago, but what surprised the world even more was the courageous decision by this Pakistani woman from the remote village of Meerwala to go public with her rape, breaking a stigma of silence in Pakistan. Mai’s fight for justice shattered the shame associated with rape in the conservative country, winning her international praise and recognition. She then used her celebrity status to set up schools for girls in her village and establish a women’s aid organization.

Yesterday, however, the three-member Supreme Court of Pakistan upheld the acquittal of five of the six men accused in her assault–five years after a lower court found that she had indeed been gang raped. Abdul Khaliq is now the only one of Mai’s attackers who will continue to serve a life term, which in Pakistani law means no more than 25 years. Mai told the The New York Times that she shocked is both shocked and fearful for her security:

I am deeply upset by the decision of the Supreme Court. Now I don’t have confidence in any court. … The Supreme Court will be responsible if something happens to me or my family.

Anis Haroon, head of Pakistan’s National Commission on the Status of Women, points out that convictions are obtained in only 5 percent of cases involving crimes against Pakistani women. “Through connivance, evidence can be destroyed,” she told NPR, adding that violence against women in Pakistan is not declining and the court is not helping:

It reflects on this whole system. It is encouraging for the perpetrators who see how they can go scot-free. That is one reason why violence against women is increasing manifold. It’s multiplying.

Ironically, prior to this ruling, it had appeared as though Pakistan was working to improve on its abhorrent human rights record by giving more authority to its civil society. With this ruling, however, Pakistan’s judiciary “took a step backward and essentially endorsed vigilante justice,” said Ali Dayan Hasan of Human Rights Watch. “A male chauvinistic legal system continues to discriminate against Pakistani women.”