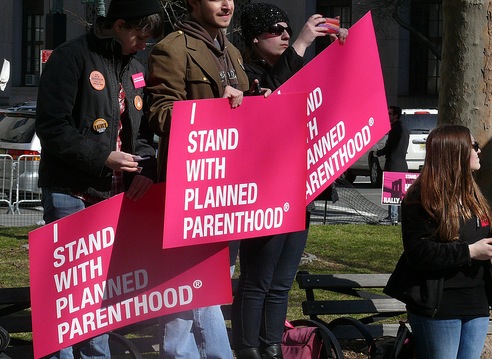 Indiana is set to become the first state to defund Planned Parenthood. The state’s House voted 66-32 yesterday to cut the $3 million in federal money the state distributes to Planned Parenthood’s family planning and health programs. The Senate voted to approve the measure earlier this month, and the bill now hits Gov. Mitch Daniels’ desk, where most expect that he’ll sign it.

HB 1210 is extremely restrictive. Aside from defunding Planned Parenthood, it would also:

Cecile Richards, president of Planned Parenthood Federation of America has called on Gov. Daniels to veto the bill, saying,

It’s time for Governor Daniels, who called for a truce on social issues, to stay true to his word. As he promised, Governor Daniels should fix the economy and veto this bill that is driven by a clear social agenda and will cost the taxpayers of Indiana money.

If the bill becomes law, Planned Parenthood will challenge it in court. Sign the petition asking Gov. Daniels to veto the bill here.