We Know Women Rock-Tell Us Something New - Ms. Magazine
Skip to content 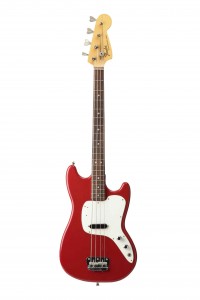 The Rock and Roll Hall of Fame and Museum has a reputation for being a boys club. Since 1986, when its first annual list of inductees consisted of men only, women have been snubbed three additional times (1992, 2003, 2004). But now that the Cleveland museum has a new exhibit, “Women Who Rock: Vision, Passion, Power” (May 13, 2011 through February 26, 2012), we can stop calling them sexist and start celebrating, right?

Not so fast. “The numbers don’t really merit a celebration,” says Carla DeSantis Black, founder and editor of  ROCKRGRL magazine (1994-2005) , who recently started the Facebook group Musicians for Equal Opportunities for Women (MEOW). “Women are not part of the conversation if they’re not part of the male gaze.”

Gillian Gaar, author of She’s a Rebel: The History of Women in Rock & Roll, wrote me this email:

I think it’s good on the one hand; on the other hand, I’d hoped we’d be beyond the ‘women in rock’ tag by now. … It’s good they have these kinds of exhibits, but I wonder why it took them so long. It’d be interesting to know if they address the political sides of why women have been shut out of rock.

DeSantis Black points to rock writing as a major factor in creating a hostile climate for women musicians. She sees one magazine as a particular offender:

The way we look at rock writing is through the lens of Rolling Stone, and they only support women in rock on special occasions, not in any consistent way.

Rolling Stone has earned a place in feminist halls of shame for its uneven and sometimes downright dismissive treatment of women (see, for example, here and here). With Rolling Stone cofounder Jann Wenner also being at the helm of the Rock and Roll Hall of Fame (he co-founded and chairs the foundation that runs the museum and selects the award recipients), the new exhibit has a lot to make up for. “Women Who Rock” is divided into eight areas, covering almost a century of history and featuring more than 70 artists, according to the website. Here’s how they divide up the story.

Suffragettes to Juke-Joint Mamas: The Foremothers/Roots of Rock

Get Outta that Kitchen, Rattle Those Pots and Pans: Rock and Roll Emerges

Will You Love Me Tomorrow: The Early 1960s/Girl Groups

Revolution, the Counterculture and the Pill: The Late 1960s

I Will Survive: The 1970s–Rockers to Disco Divas

Causing a Commotion: Madonna and the Pop Explosion

Ladies First: The ’90s and the New Millennium

I was unable to get a complete list of which women will be included in the exhibit, but the thematic organization makes me wonder whether women’s musicianship will be on display. The suffragette reference is a problematic metaphor at best, and the rattling pots and pans are a long way from drum kits and amplifiers. If the point is to mark the progress of women’s involvement in music over time, how do we end up with “Ladies First”? We know it was a Queen Latifah song (featuring Monie Love), but it’s also a phrase that reeks of condescension and clearly comes from a male point of view. DeSantis Black affirms that “Women Who Rock” is “not about musical expertise.” But in her interview on the exhibit website, she talks about how important it is for young girls to see women musicians:

The Go-Go’s were instrumental for me in playing music. I saw them, and I went, ‘Wow!’ You don’t realize that it’s even a possibility unless you see other people doing it.

She thinks it’s ironic that the Go-Go’s aren’t in the exhibit but the Spice Girls are. Gaar notes that “the Go-Go’s were the first all-female band to reach #1 in 1982 with Beauty & the Beat. And then the Spice Girls got to #1 in the ’90s, but they didn’t play any instruments … is this progress?” [UPDATE: It looks like the Go-Go’s will be added in after all.]

Exhibits–like award winners, best-of lists and hall-of-fame inductees–always give rise to discussions about the politics of selection. My hope is that this exhibit will spark conversations and get people thinking, and I agree with Gaar, who says,

One good thing about these kinds of exhibits is that it gives people the chance to make new discoveries. Maybe they’d heard of Wanda Jackson because of her work with Jack White … but now they learn she has a history of her own.

If one girl, walking through the exhibit or web surfing sees Sister Rosetta Tharpe or The Breeders–women playing their own instruments–she might come to learn that women musicians have a rich and varied history. She might also motivated to write and play music herself, and that would really rock.