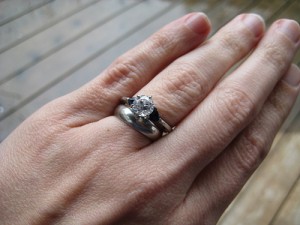 The blogosphere, beauty salons and comedy clubs are buzzing with various opinions about Maria Shriver, who hired a top divorce attorney after her husband of 25 years, former California governor Arnold Schwarzenegger, admitted publicly that he fathered a child with another woman. People ask, What did Shriver suspect? When did she suspect it? How could she not suspect anything? For women experiencing infidelity, however, the only important question is, What happens next?

The recurring word in the Schwarzenegger/Shriver reports is “transition.” In a March 2011 YouTube video, Shriver asked for advice on negotiating transitions. Although she was likely speaking about transitioning from being California’s first lady, it is now possible that she was also alluding to her marriage.

Transition also describes the plot of the CBS-TV drama The Good Wife, in which protagonist Alicia Florrick (Julianna Margulies re-entered the workforce as a lawyer after her husband’s public sex-and-political-corruption scandal. I often joke that The Good Wife is a show where nothing happens: Florrick is leaving and not leaving, supporting and not supporting her husband’s political aspirations, moving on and not moving on with someone else. Every time we think she is certain about her future, uncertainty prevails.

If white upper-class career women find themselves in a holding pattern after experiencing infidelity, what about those women whose situations are even more precarious–those who lack the necessary skills to re-enter the workforce, who are too poor to hire a top divorce attorney, who risk losing custody of their children, who contracted an STI from an unfaithful husband? While we watch politicians public infidelity narratives unfold either on television or in real life, we must remember the importance of transitions for women experiencing private infidelity. In these instances, the personal becomes very political.

In my own research on infidelity, I interviewed 20 ever-married black women in Southern California who experienced infidelity during their marriages. Twenty five percent of them dealt with children fathered outside of their marriage, 85 percent of their husbands had multiple affairs, 40 percent contracted STIs from their husbands and 70 percent eventually decided to leave the relationship–although none of them did so immediately.

In addition to the possible demise of a relationship, the betrayal of infidelity can batter a wife’s self esteem, thus compromising her confidence while transitioning. One of the women in my study contracted HIV from her husband, and when one’s health is compromised everything else becomes even more complicated.

Strong support systems are essential for transitioning after infidelity. Women need friends and resources—job training, financial planning, healthcare, childcare and counseling. Maria Shriver has reached out for transition support, but she doesn’t have to worry about material resources. As we focus attention on her, we should also remember those women who are not public figures and don’t have the same financial wherewithal; they need our support in their transitions as well.