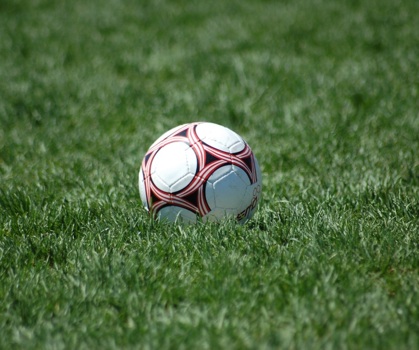 In March, six British soccer players confessed to gang-raping two 12-year-old girls and were sentenced to two years behind bars. But last week, an Appeal Court overturned the sentence, and all of the men were freed.

The reasoning? “The girls wanted to have sex,” said Lord Justice Moses, who was among the deciding judges. “And they had pretty miserable, fleeting sex in a freezing cold park.”

News reports suggest that one of the girls had been communicating with the men via text message and asked them to meet her and a friend in a park. Once there, she was raped by five of the men; her friend was raped by one. The girls were later found wandering alone at 2:20 am after one of their mothers called the police to report them missing.

Despite the fact that both girls were well under the age of consent (which in England is 16 years old), their apparent “want” for sex (and the poor quality of that sex) waived this law in the judges’ eyes.

The implications of the decision are severe: “The judges have set a highly dangerous precedent by suggesting that raping vulnerable children is not punishable by the severest sentencing,” said British anti-rape activist Jill Saward.

The judges claimed that the men’s “frank confessions” about the rapes affirmed their “positive good character” and showed that they were genuinely duped into sex. The girls had lied about their ages, saying they were 16 on Facebook, and were dressed to appear older.

But should men who admit to rape-by-mistake be let off the hook?

For Saward, the answer is absolutely not: “If there is any doubt, men should say no.”

She added, “[The girls] aren’t even old enough to have Facebook accounts, and using the belief that by having Facebook they are old enough is a disgrace.” Plus, the minimum age for Facebook users is only 13 years old.

But this is not a new argument. In case after case, rapists are let off the hook with apologies and excuses: The girls were dressed provocatively, the women were drinking, women lie about rape, there was “sex in the air.” In law, it seems, no one ever “means” to rape–it’s always an accident, or the fault of the woman.

However, research has shown that most rapists are serial rapists–and those serial rapists commit 90 to 95 percent of all rapes. What’s more likely–that these repeat perpetrators just happen to get “tricked” by underage women or receive “mixed messages” from unconsenting women, again and again–or that the overwhelming majority of rapes aren’t really committed “by accident”?

In Stephanie Hallett’s feature in the new issue of Ms., she suggests one simple strategy for stopping serial rapists. To learn more, subscribe to Ms. today and get the latest issue delivered straight to your door. Find out what government and law enforcement can do to reduce the incidence of rape.