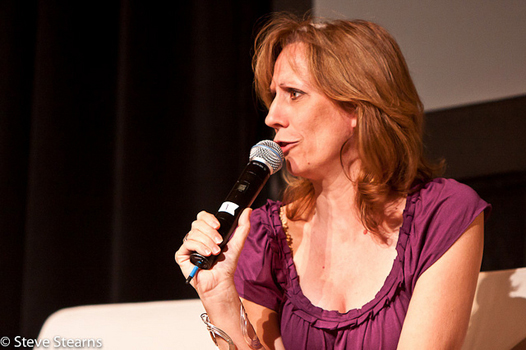 As summer vacation is winding down, feminists are going out with a bang. This week, check out a hopping Midwest dance party or join a feminist library. But be sure to spend at least one night at home (perhaps nursing your sunburn) watching the awesome Gloria Steinem documentary. There’s something for everyone this week, so don’t Ms. out!

Nationwide: If (like me) you don’t have HBO, find a friend who does so you can watch Gloria, In Her Own Words to learn more about the famous feminist who co-founded Ms. Monday, Aug, 15, 9 p.m. (PT) on HBO, and then in subsequent airings–check your listings.

New York City and Los Angeles: The 15th Annual DocuWeeks festival in New York and Los Angeles will include several showings of Miss Representation, a documentary exploring the sexualization and trivialization of women in mainstream media. Afternoon and evening screenings start Monday, August 15 in New York, and Friday, August 19 in L.A. Check for showtimes.

London: Did you know women hold only 25 percent of IT occupations in the U.S. workforce? Looks like London’s FDM Group has the right idea: It’s offering a free Women in IT Seminar to encourage more women to join the industry.  Hosted at the FDM Group‘s office, the event is meant to give “graduates the opportunity to learn more about the different career options and support available to them.”Wednesday, Aug. 17, 5 p.m., FDM Group, 55 King William Street, London

Frederick, Md.: Co-creator of The Daily Show and political satirist Lizz Winstead (photo above) continues her Planned Parenthood, I Am Here For You feminist comedy tour in Maryland. Tickets are $35 and include an opening performance by the “Indie-Mom of Comedy,” Meshelle. Friday, Aug. 19, 8 p.m., Frederick Cultural Arts Center, 15 W. Patrick St.

Portland, Ore.: If you’re in the Pacific Northwest this week, get your feminism on at In Other Words, a feminist bookstore and community center. Peruse their stacks or join in on one of their poetry readings or book clubs. This week, you can sit in on a meeting of the Feminist Film Society and catch their screening and discussion of The Best Little Whorehouse in Texas. Friday, Aug. 19, 7 p.m., 14 NE Killingsworth St.