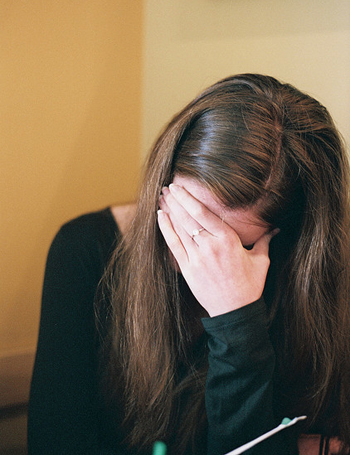 This week at the University of North Carolina, a new clinic opened to provide mental health treatment for new and expectant mothers. And I don’t know if I should consider it a sign of colossal progress or failure. Let me explain.

On Monday, UNC’s Center for Women’s Mood Disorders launched as the first free-standing, inpatient perinatal psychiatry unit in the country. Before this week, if you were a pregnant woman or new mother who had such severe depression or psychosis that you required overnight hospitalization, there was no place in this country for you to go. Nowhere.

Granted, there are a number of fantastic specialized perinatal psychiatry treatment programs in the U.S. that provide incredible services, and the people there who are dedicating their lives to the mental health of perinatal women should be recognized and celebrated. However, almost all of these specialized treatment facilities are outpatient programs. Overnight inpatient care, even the one previously run by UNC, mixes perinatal women with other mental health patients.  They’re put on the same wards as people suffering from dementia, schizophrenia, bipolar disorder, drug addiction and other mental illnesses. I am not judging other mental health disorders; I’m only coming out against “one-stop-shop” mental health treatment. This lack of specialized care has caused women like Maria Bruno, who I interviewed for this NPR story, to receive treatment they felt was more traumatizing than their illness.

After a postpartum breakdown that caused Bruno to call her midwife in desperation, she was taken by police to an emergency room where doctors diagnosed her with severe postpartum depression and admitted her to the hospital’s overnight psych ward. “It was scary,” she remembers:

No one would give me any information. They wouldn’t let me see my baby because they were afraid I would hurt him, which wasn’t true. They followed me everywhere and stood outside my door when I was pumping milk. They thought I would hang myself with the breast pump.

Bruno was afraid they wouldn’t let her out, so she did whatever the hospital staff told her to do. She forced herself to stop crying, she took antidepressants and she attended the only group therapy available on the ward—for alcoholics and drug addicts. “It was ridiculous,” she says. “I had no idea what was going on with me. All I knew was that I wanted to get out.” The hospital released Bruno her after five days. Eventually, she received the treatment she needed from the UNC Center for Women’s Mood Disorders. But the experience left a permanent mark. “I can’t talk about it now without crying,” she says. “That experience will never escape me.”

Bruno’s story isn’t an isolated one. This kind of inadequate mental health treatment happens to women across the U.S. In fact, it was numerous stories like Maria’s that compelled UNC to open the specialized overnight clinic in the first place.

But this clinic is still the ONLY one of its kind in the U.S. Australia, New Zealand and Great Britain have had overnight mother-infant care units for decades, and not just one per country. Even more of a health-care insult to women is that U.S. insurance companies only pay for the mother’s treatment, but not for infant care. UNC wanted to include a 24-hour nursery on the ward, but it was financially impossible because insurance companies won’t cover such care while mom is hospitalized. (Newborns will have extended visiting hours so that mother and baby can still form a routine while mom receives the care she needs.)

Most industrialized countries provide comprehensive postpartum care with the same level of intensity that we provide prenatal care in the U.S. (this is the so-called “fourth trimester”). That’s critical for the well-being of the woman, her child, her family and, ultimately, society at large. And it shouldn’t just be physical care but mental-health care.

It’s estimated that each year approximately 950,000 women suffer from postpartum depression.  That’s more than the combined number of new cases for men and women of tuberculosis, leukemia, multiple sclerosis, Parkinson’s disease,  Alzheimer’s disease and epilepsy. If only one half of one-percent of those women required overnight inpatient hospitalization, that would be nearly 5,000 women. And there’s only one five-bed facility in Chapel Hill, N.C., to help them.

So, while I joyously celebrate UNC’s new perinatal psychiatry clinic, I  also hope it becomes a rallying cry for women across the U.S. to demand appropriate mental health care. While we celebrate the care we do have, we should also be angered and ashamed by what we should have but don’t.

Ann Heppermann is a Brooklyn-based independent radio/multimedia documentary producer, transmission sound artist and educator. Her stories have aired nationally and internationally on shows including: This American Life, Radio Lab, Marketplace, Morning Edition, Studio360 and many others. Ann is a Peabody award-winning producer who also has received awards from Associated Press, Edward R. Murrow, and the Third Coast International Audio Festival. She is a transmission artist with free103point9 and her work has been exhibited at UnionDocs, Chicago Center for the Arts, among other venues.