After Cuts to Autistic Caretaking Programs, Women Will Pick Up Slack - Ms. Magazine
Skip to content 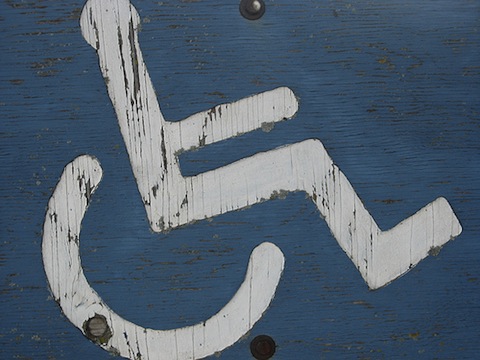 As a gangly, nerdy and awkward 11-year-old, I was bad at basketball. I remember being in gym class at school, an orange ball in my hands and absolutely no idea what to do with it. My attempt to make it sail towards the hoop hovering above me, which involved throwing the ball from between my pale, knock-kneed legs, drew peals of laughter from my classmates.

While we had a basketball hoop at home, no one had the time to teach me. My younger brothers, Ibrahim and Anas, have severe Autism, and the experience of growing up with them has made me the person that I am today. The demands of having two disabled children in the house were endless, and many times I found myself constantly struggling with feelings of frustration and guilt, because it always seemed to be about them. I could not blame my parents: my brothers were a handful, streaking in broad daylight, needing adult diapers, requiring a padlock on the fridge.

When I entered middle school, the burden was lightened somewhat when a care worker became a part of our routine. Kendra, who was in her early twenties at the time, would come and pick up one of my brothers and take him out for a few hours, lightening some of the burden on my overworked mother. Kendra was brilliant at calming Ibrahim down, helping my mom bathe him and put him to bed.

After learning of my basketball-related humiliation, Kendra took me outside and taught me how to play. While that may seem a small gesture, Kendra helped me feel just a little bit more normal.

Life with disabled children is unpredictable. I did not know when my brothers would need a new medication, when a tantrum would start, if someone would have a seizure or even something as trivial as my parents being able to take me to the mall. Government services provided us with some stability, and I cannot imagine what life would have been like without people like Kendra.

In the United States, approximately 1.5 million individuals live with Autism, and their care can be extremely costly to families with Autistic children. The federal government provides help through Medicaid, which, among other things, brings care workers like Kendra into homes. But the state legislature in North Carolina, where I grew up, has agreed to cut $356 million in state Medicaid funding, and it is far from alone. Additionally, Social Security’s Supplemental Security Income (SSI) program, which provides families with similar benefits, including money to fund medicine, is in danger of becoming insolvent. Despite that, Republicans are aiming to cut its budget back to 2007 levels.

These cuts will place the burden of caretaking back on the shoulders of women such as my mother. Children with disabilities are more likely than other children to live with woman caretakers. The National Family Caregivers Association reports that:

Not to mention that such cuts will take jobs away from skilled paid caretakers such as Kendra, the majority of whom are unmarried women without college degrees. Fifty-two percent of them are people of color.

But most of all, such cuts will hurt those with disabilities. While I understand that we are in tough economic times, I do not understand why the disabled, many of whom cannot speak for themselves, should be the losers.