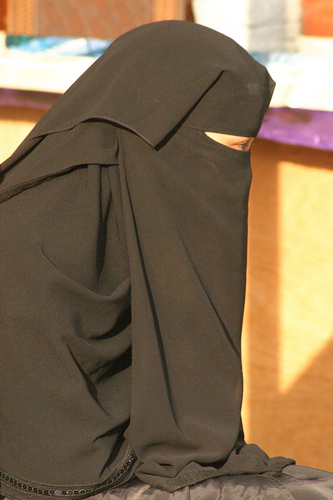 On Sunday, 87-year-old King Abdullah of Saudi Arabia announced plans to allow women to vote, run for office in local elections and serve on the Shura Council, the 150-member king’s advisory board. However, the changes won’t take place until 2015, and some skeptics think the king will rescind the order by then. Regardless, the move may indicate that King Abdullah would rather pick a fight with the conservatives on his council than risk his own Arab Spring. Similar promises of reform, such as salary raises and increased spending on social programs, have allowed him to maintain popularity even as other parts of the Arab world have descended into civil war.

The government will not allow women to vote in Thursday’s municipal elections, citing a lack of segregated voting facilities. Even if the new rights do materialize, the municipal councils have little real power, and only half of their members are elected (and have been only since 2005). The Shura Council has no legislative power. As Mohammad Fahad Qahtani, a college professor and human rights advocate, told the Los Angeles Times,

[The king’s announcement] doesn’t save [Saudi women] from horrible treatment by government agencies and the courts. It’s a symbolic gesture, but it is in no way enough to improve the lives of women. These rights to vote are still, if you see how it’s worded, are contingent on Islamic jurisprudence. So we’ll have to see in coming years what happens. The devil could be in the details.

Saudi Arabia is among at least five countries that don’t allow women to vote: Brunei, Lebanon, the United Arab Emirates and the Vatican City also do not have full women’s suffrage. Saudi Arabia is an absolute monarchy–no one votes for the King and his power is unrestricted.

But in a country in which women still cannot drive and face restrictions in using banks and libraries, the right to vote and run for local office would be a major step. Fawaziah Bakr, an education professor in Riyadh, told The New York Times,

We [Saudi women] are now looking for even more. The Arab spring means that things are changing, that the political power has to listen to the people. The spring gave us a clear voice.