Testosterone Damages Verbal Skill. Yet We Have Shakespeare - Ms. Magazine
Skip to content 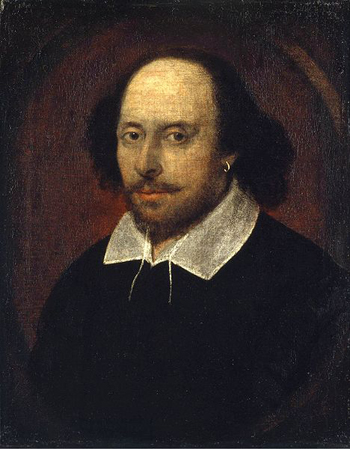 Penn State psychologists assert that career choice begins in utero, hinging on exposure to sex hormones in the womb. Since testosterone damages both verbal and social skills, it simply makes sense that women would seek people-oriented jobs, while testosterone-soaked males would veer toward non-people pursuits like the hard sciences, right? Indeed, the psychologists found that girls exposed to elevated levels of testosterone in utero (CAH individuals) were more likely to express masculine interests.

But as Bryan Lowder over at Slate’s XX Factor, points out, you can’t exclude nurture’s effects since girls who exhibit more biologically masculine characteristics might be treated in more masculine ways.

Thinking more on biological determinism, many think men are wired to excel in math–and more American males do score at the very top on standardized tests. But the difference disappears among Japanese women and men. In Iceland the pattern reverses, with women achieving the highest scores. Culture is clearly in play.

Moving to spatial skills, men are again thought superior. But what if men and women who had never before seen puzzles were asked to put them together? Turns out that in one patrilineal community, tribal men were 36 percent faster than the women. But among those living in a matrilineal tribe, women and men finished in a dead heat.

Or, Larry Summers famously proposed that females trailed males in making tenure as Harvard science professors, in part because men are better wired for science. Yet in 2011 girls swept the Google Science Fair.

Factors like roles, internalization and discrimination can affect success outcomes. But brains may even structure differently because girls and boys are treated in different ways. Stanford biologist Joan Roughgarden says the discovery that the brain’s structure and function changes in response to our experiences revolutionized neuroscience:

It’s not hard to believe that differences between the brains of male and female adults have nothing to do with genes or the Y chromosome but may be the biological expression of different social settings.

Biology is often used to justify the status quo or to discriminate. I suspect we make too much of it.

Testosterone in utero is said to have damaging effects on social skills. Yet we have Bill Clinton.

Testosterone in utero is said to have damaging effects on verbal skills. Yet we have Shakespeare.

If scientists had found that estrogen, and not testosterone, damaged verbal ability, we’d all hear that this is why we have no “women Shakespeares.”

Men have historically had the opportunity to demonstrate that they “can” even if biology suggests they “can’t” (or not as well). Women have not been so lucky.

Reprinted with permission from BroadBlogs.