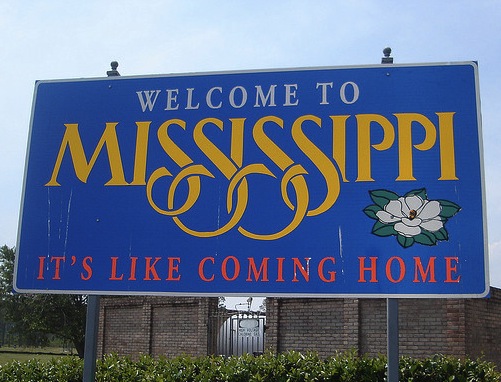 Mississippi’s Initiative 26—the so-called “Personhood Amendment”—hits close to home for me. I was born in Mississippi and attended school there until I graduated from college. My immediate family and many, many friends still reside in the state. In just a few short days, my loved ones and all Mississippians will vote on the statewide question: “Should the term ‘person’ be defined to include every human being from the moment of fertilization, cloning, or the equivalent thereof?” This dangerously radical ballot measure would outlaw abortion and some widely used forms of contraception, placing women’s lives in grave danger.

This measure is the perfect example of the government going way too far and interfering with a woman’s control over her own body. The backers of this amendment want to stop women from accessing legal abortion care, with no regard for their personal circumstances. Legal abortion is not simply a mere matter of choice. This measure would force a rape victim to carry out a pregnancy caused by her attacker. Even a woman battling a life-threatening pregnancy could not be saved if an abortion procedure meant the difference between life and death. Outlawing abortion care will lead women to seek “do-it-yourself” and “back alley” abortions, which are not only hazardous to women’s health but could cause women and doctors to be indicted for murder for medically necessary abortions.

The National Institutes of Health, the American Medical Association and other professional groups recognize implantation as the first step of a pregnancy — not fertilization. Many forms of commonly used contraception, including IUDs and possibly some birth control pills, prevent implantation. Preventing implantation before it occurs is not abortion. While some disagree with this, their beliefs are based in ideology, not science. A constitutional amendment is a matter of public policy, not personal beliefs. It is important to keep the church in the church and the state in the state.

Mississippi currently holds the highest rate of unintended pregnancies and teen pregnancies in the U.S., as well as one of the highest poverty rates. These numbers could all increase if the measure passes, but it won’t be the only digits that will rise. According to votenoon26.org, the measure would also mean higher taxes, more government spending on social services and a bonanza for trial lawyers. Most likely, the state will become embroiled in a long costly legal battle because the measure is unconstitutional.

You may ask the question, “Why should I care about this if I don’t live in the state of Mississippi?” Mississippi is not the first state to place a so-called “personhood” amendment on the ballot. A similar measure was rejected in Colorado by wide margins in 2008 and again in 2010. But this time around, I am worried that a campaign of misinformation will allow this measure to pass in my native state. I’m even more concerned that a victory could lead this extreme measure to spread from state to state. After all, in the first half of 2011, 80 laws were passed in state legislatures that restrict or put obstacles in the path of a woman’s right to choose abortion, and let’s not forget about the countless attacks to defund family planning. This could yet be another step in an aggressive round of challenges to overturn Roe v. Wade, the 1973 Supreme Court decision that legalized abortion.

It deeply saddens me to know that this amendment threatens women lives — and not just any women to me, but my sister, my nieces, cousins, former classmates, my best friend. For the next several days, I will continue to spend time talking to my family and friends back home, urging them to vote NO on Initiative 26 come November 8. So, even if you don’t live in Mississippi or have ties to the state, you can still help by spreading the word and/or donating to defeat this outrageous measure. Let’s not sit back and watch the reproductive freedom be taken away from the women of Mississippi while their lives are placed in jeopardy. Instead, let’s take a stand with them and help fight this extreme measure.

Cross-posted with Say It, Sister! NOW’s Blog for Equality

This post is part of the #HERvotes blog carnival on the Mississippi Personhood Amendment.

Latoya Veal is the Press Secretary at the National Organization for Women in Washington, D.C. She’s a proud native of Mississippi and has a background in the communications field from television to public relations. Latoya holds a Bachelors degree in Broadcast Journalism from the University of Southern Mississippi. She's a member of several non-profit organizations and a proud member of her sorority, Alpha Kappa Alpha Sorority, Inc. She has a passion for women's rights, loves volunteering and is an avid sports fan in her spare time. Latoya currently resides in Bowie, Maryland.