Wishing to Change the World for Women - Ms. Magazine
Skip to content 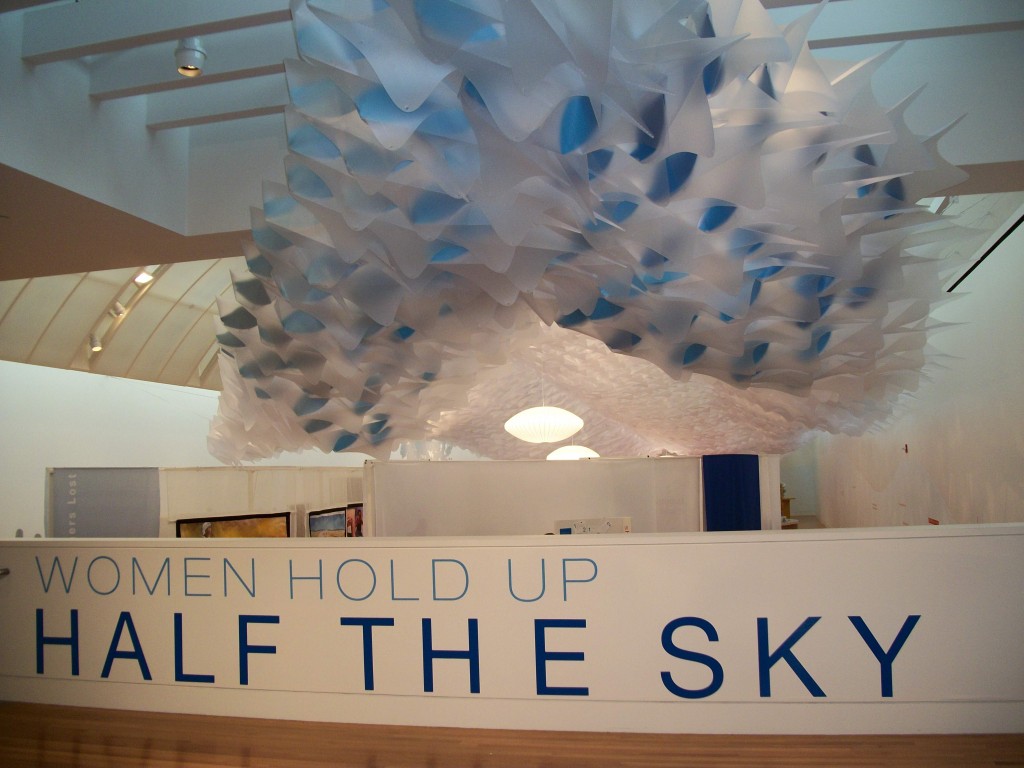 Some art presentations are about viewing, but “Women Hold Up Half the Sky,” at the Skirball Cultural Center in Los Angeles through March 2012, is about doing. Developed by consulting curator Karina White in conjunction with Skirball museum director Robert Kirschner, “Sky” is centered on women’s international issues, inviting patrons to take action on them.

Divided into three main sections—maternal health, human trafficking and gender-based violence—the show is based on Nicholas Kristof and Sheryl WuDunn’s recent book Half the Sky: Turning Oppression into Opportunity for Women Worldwide. Seeing the exhibit feels a bit like walking through their book, as stories of tragedy and triumph unfold. If you’ve read the book, you’ll notice women’s profiles that you recognize, and if you haven’t you’ll get a new lesson in history, geography and human rights.

The curator and museum took great care in displaying the information in a gentle manner that allows visitors to learn without feeling overwhelmed by the heavy subject matter. Ever so delicately presented, there are even quiet spaces in which to think, reflect and take in what you are experiencing, .

The section on human trafficking is particularly enlightening, as it shows that trafficking not only happens in the Third World but here in the United States. Some of the tough facts:

—Worldwide, there are an estimated 12,300,000 victims of trafficking, but only[PDF] 4,000 annual convictions of those who traffic them.

—In some nations, girls must choose between school and brothels, as they feel pressure to earn money for their poor families.

There are signs of hope, too. One example is Prajwala, a shelter and school in India that provides rehabilitation, counseling and job training for victims of sex trafficking. And in another part of the exhibit, a Pakistani woman named Saima Muhammad receives a $65 microloan and with it builds a profitable embroidery business, which leads her husband to view her as an equal partner. 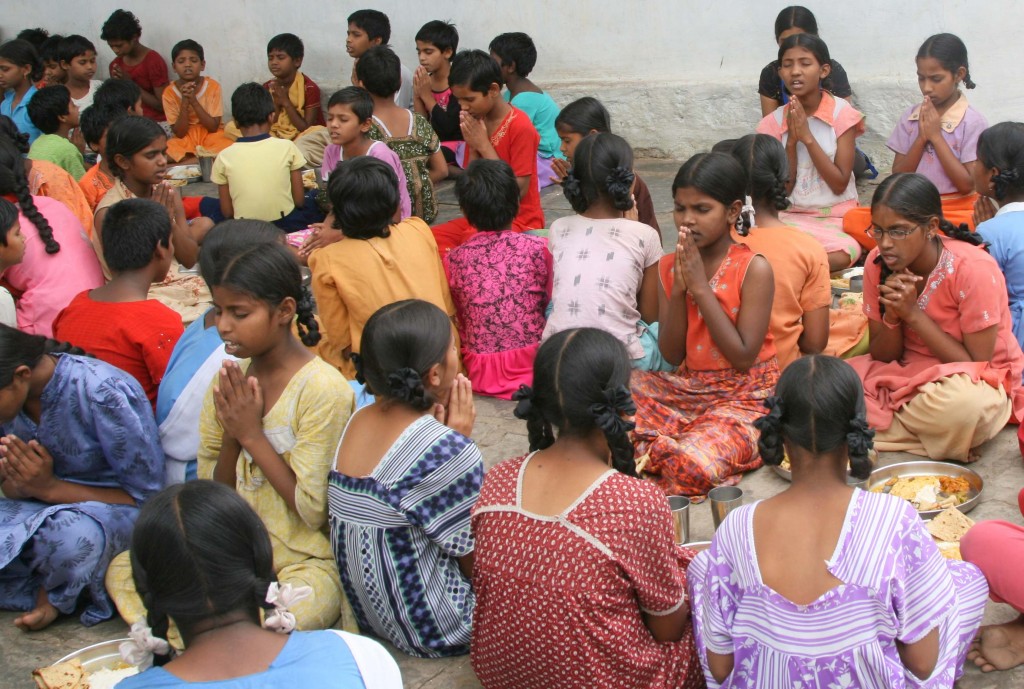 Much of the visual art in the space is dedicated to maternal mortality, as childbirth becomes dangerous and often deadly when adequate healthcare is not available or accessible. The Addis Ababba Obsteric Fistula Hospital in Ethiopia is highlighted for its work in treating obseteric fistula, a severe condition that occurs when a hole develops between either the rectum and vagina or the bladder and vagina. Fistulas occur during obstructed childbirth when there is no access to proper healthcare. Though this condition was practically eradicated in the U.S. by 1895, 9,000 new cases still occur every year in Ethiopia. 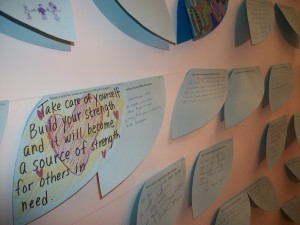 Though the show is anchored in hearing or reading women’s stories, the space visually inspires as well. A “Wish Canopy,” designed by local architects, hangs above the entire gallery. What looks like a stream of clouds greets you when you walk in, and at the end of the exhibition a wish station awaits: Robin’s egg blue slips of paper and pens are laid out for patrons to write personal wishes to a woman or a girl around the world. The wishes are then slipped into the “clouds” in the Wish Canopy. The curators will continue to add the paper wishes to the ceiling, as the exhibit continues. Patrons can also interact with the exhibit by drawing or writing messages in the open circles of a wall composed of 60 million dots—representing the 60 million girls missing in the world.

The Skirball exhibit manages to be both instructing and inspiring.  As viewers become participants by writing messages, they can leave the gallery with a hopeful feeling that these women’s issues are not permanent, but actually quite changeable.

Bottom photo of shelter and school in Prajwala by Nicholas Kristof 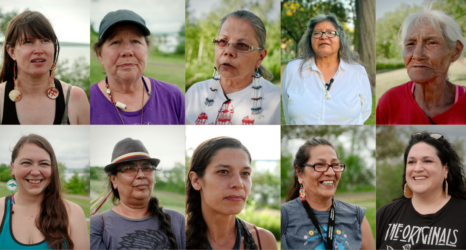