A Message about Birth Control from the 71 Percent - Ms. Magazine
Skip to content 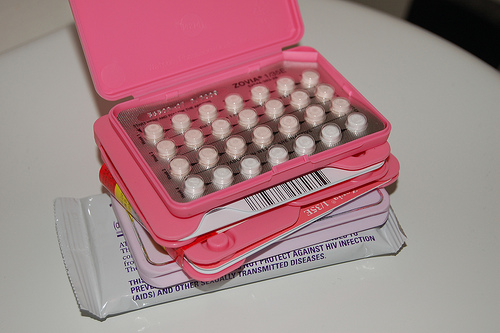 My mother is not Catholic, and neither are the great majority of the nurses, doctors and support staff she works with. However, the New York state law had a “religious freedom” exemption that gave her Catholic employer the right to exclude birth control from the coverage it provides employees and their families–no matter what their religious beliefs.

This summer, our country overtook New York in a giant stride toward gender equality when Health and Human Services Secretary Kathleen Sebelius issued guidelines under the Affordable Care Act requiring private insurance plans to cover a comprehensive range of women’s preventive care–without a co-pay. But there are people in this country who are afraid that women’s equality will jeopardize their profits.

Leading this charge are the United States Conference of Catholic Bishops and the Catholic Health Association, who are currently arguing that the guidelines’ religious exemption be expanded to apply to all religious institutions. Currently, the exemption would only cover non-profit religious organizations that primarily employ and serve persons who follow the same  religious tenets.

I relied on my mother’s insurance policy for most of my life, and our lack of birth-control coverage forced my mother and I to pay full price for contraception to keep me healthy, to the tune of $60 a month. My mother was, however, graced with three daughters: That’s four women unable to access basic preventive health care at a total cost of about $240 per month. My mother worked extremely hard and was committed to enabling us all to control our reproductive lives, which is why I was fortunate enough never to have experienced an unplanned pregnancy.

However, millions of women who work for faith-based organizations do not necessarily have the resources that my mother did. The intention of the Affordable Care Act is to allow individuals and families to access the care they need–as determined by their doctor’s advice and their own personal beliefs–regardless of their employment status or “pre-existing conditions.” It can also easily be argued that denying coverage based upon a single religious belief is in fact a greater violation of religious freedom than allowing individuals to make those decisions for themselves.

It is dangerous and unfair to exclude millions of women and families from this care because of the beliefs of a powerful few at the top. Our values as Americans reflect this: Not only do 71 percent of American voters support birth control coverage without co-pay, but so do 77 percent of Catholic women voters.

Tell our leaders to make the right choice: Birth control at no cost for ALL WOMEN.