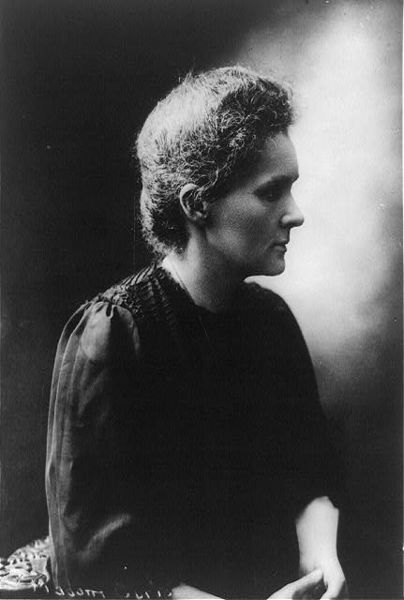 Marie Skłodowska-Curie, two-time Nobel Laureate, challenged scientific theories and generally accepted beliefs about women’s abilities, blazing a trail for generations of women scientists and professionals to come. But for women in science today, there is still much more trail that needs blazing.

One hundred years ago, on December 10, 1911, the Royal Swedish Academy of Sciences presented the Nobel Prize in Chemistry to Skłodowska-Curie for her discovery of the elements radium and polonium, making Madame Curie the first–and still the only–person to have won the Nobel Prize in two different scientific fields. Among the most accomplished scientists in history, Skłodowska-Curie developed a theory of radioactivity, founded two world-renowned medical research centers, revolutionized scientific understanding of chemistry and physics and laid the groundwork for the use of radiation to fight cancer and other diseases

A self-made woman and passionate scholar, Skłodowska-Curie also broke down barriers in a climate that was often hostile to women scientists. She worked her way through school and dedicated herself to her research to emerge as the first woman to win the Nobel Prize, the first woman to earn a doctorate in France, the Sorbonne’s first woman professor, and the first woman enshrined in the Pantheon in Paris “for her own merits.” But despite her unimpeachable scientific record, the men of the French Academy of Sciences never elected her a member. Of her 1911 application, the physicist Emile Amagat plainly suggested, “women cannot be part of the Institute of France.” (Indeed, women would not be part of the French Academy until 1962, when Skłodowska-Curie’s former student, Marguerite Perey, was inducted.)

Women scientists continue to be underrepresented in today’s American science “academy.” Even as more and more American women enter fields that had been historically dominated by men such as business, medicine and law, there are strikingly few women in the “STEM” professions (science, technology, engineering and math). A 2010 report [PDF] by the American Association of University Women and the National Science Foundation, “Why So Few?,” synthesized decades of research to conclude that bias and stereotypes still impede the progress of many female scientists and mathematicians from grade school through academia.The report also suggests that social and learning environments–that is, nurture rather than nature–dramatically shape girls’ interests and achievements in science and math. (Lawrence Summers, take note.)

On the 100th anniversary of Marie Skłodowska-Curie’s record-setting second Nobel Prize, no women are among the nine Nobel Laureates in physics, chemistry, medicine and economics. (On a positive note, Ellen Johnson Sirleaf, Leymah Gbowee and Tawakkul Karman will share the Peace Prize for their work on behalf of women and women’s rights.) Skłodowska-Curie remains one of only two women to have been awarded the Prize in Physics and one of four to have earned the Prize in Chemistry. Another of the Chemistry prizes was won by her daughter, Iréne Joliot-Curie.

One hopes that learning institutions will follow the recommendations of “Why So Few?” Women scientists need institutional and cultural support as they tread in Marie Skłodowska-Curie’s giant footsteps and blaze their own new trails.