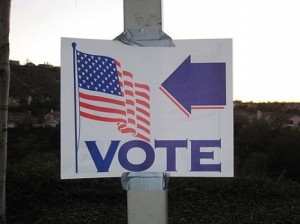 Yesterday, U.S. Attorney General Eric Holder used his powers under the Voting Rights Act of 1965 to block enforcement of a prohibitive new voting law in Texas. The law would have required voters to show government-issued identification at the polls.

The Justice Department ruled that Texas’ law would disproportionately deny Hispanics and other marginalized populations the right to vote–a frequent concern about such “strict” voter ID laws.

Texas is among 16 states and counties that are required by Section 5 of the Voting Rights Act to obtain federal “pre-clearance” of new voting laws that could affect minorities. The law was enacted in the Civil Rights era as a way of protecting the voting rights of African Americans and other marginalized groups.

The blocked Texas law is just one of a number of restrictive voter ID laws enacted by states all over the country in the past year. The laws have raised red flags from voting-rights and civil-rights groups who say they are a barrier to the polls for women, African Americans, Latinos, students, low-income voters, the elderly and people with disabilities.

In the case of women, the millions who change their names after getting married or divorced could face problems updating documentation, because it takes time and money many women, especially low-income women, do not have. According to the Brennan Center, only 66 percent of voting-age women have ready access to proof-of-citizenship documentation with their current legal name.

Like Texas, South Carolina is covered by Section 5 and recently saw its new strict ID law struck down by the Justice Department for the same reasons. Yesterday, Wisconsin’s voter ID law was deemed unconstitutional by a state court.

Voting rights groups, who have expressed hope that the federal government will use its power to protect minority voting access as the 2012 elections unfold, were heartened by the Texas decision.

Meanwhile, Texas has asked a federal court to overturn the Justice Department decision.

Read more about the threat to voting rights in Ashley Lopez ‘s Winter 2012 Ms. feature, “Blocking the Vote.” To have this issue delivered straight to your door, join the Ms. community.

Want to have your comments on this piece considered for print publication? Send to letterstotheeditor@msmagazine.com. 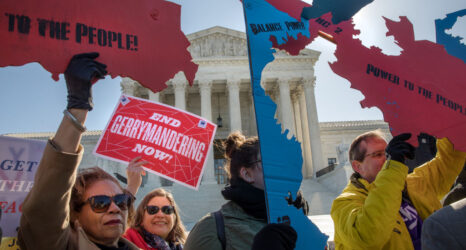