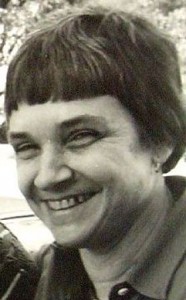 Last week we lost feminist foremother Adrienne Rich, to whom we owe boundless gratitude. Her poetry and prose guided many of us through the “anger and tenderness” of motherhood, helped us challenge countless “unexamined assumptions” and promised us that “we’re not simply trapped in the present…we can make…history with many others.” Nothing about Adrienne Rich can be dismissed as “old school.” She acknowledged anger and tenderness. She emboldened women to trouble trouble.

As we mourn this monumental loss, it behooves us to listen keenly to her words. Rich dedicated the tenth anniversary edition of her opus Of Woman Born to the “activists working to free women’s bodies from archaic and unnecessary bonds.” That was in 1986. A quarter of a century later, are we freer? Where are our sparks of fury today? Where is the “power to transform … silence into speech” with which Rich credited women?

Instead of speaking out, we are barely hanging onto what we skirmished to get; if anything, the bonds are tightening. “When we dead awaken” we will be astounded to realize that the dangers Adrienne Rich had been warning us about for all of her creative life, since 1951, now loom even larger. Today we witness a “war on women,” an out-and-out offensive on women’s bodies. This is not a new war. It is a holdover, the same war Adrienne Rich wrote about in On Lies, Secrets, and Silence (1979). It uses the same tactics, targeting the feminist movement with “willful ignorance, reductiveness, caricature, distortion, trivialization by opposition.” It springs from the same source: Men have always profited from “slavery, imperialism, enforced heterosexuality and motherhood, organized prostitution and pornography, and the separation of women from each other.”

Rich called us to action against these assaults: “There is fury here, and terror, but there is also power, power not to be had without the terror and the fury. We need to go beyond rhetoric or evasion into that place in ourselves, to feel the force of all we have been trying–without success–to skim across.”

Where is the terror and the fury today?

Too many of my university students tell me they are not “feminists.” The very term causes their eyes to roll. All of that is outdated: too much anger, too much trouble. They have been sold a bill of goods that feminism is passe, that women have achieved equality with men. This girds the Limbaughs and Santorums and Catholic Bishops, who sell the tripe of post-feminism any way they can, lowering and lowering the bars of civility and intellect.

Yet some women of all ages are fighting back, heeding Rich’s admonishment to be “poised, still coming, [with] fine blades making the air wince.” Some bold women legislators are fighting fire with fire, countering anti-woman legislation with satirical “message amendments.” Oklahoma state Sen. Constance Johnson took a page from Monty Python and protested her state’s “fetal personhood” bill with an “Every Sperm Is Sacred” provision. And, women have directed so many angry op-eds, comic strips, Facebook posts, emails and phone calls at Idaho Senator Chuck Winder (R- Boise) that one imagines he has reconsidered his view that women use rape as an “excuse” to get abortions.

Now more than ever, we need to embrace what Rich’s “vision of beneficent female power,” as Professor Claire Keyes has dubbed it. We have the goods: our intellect, our words, our hearts. We just need a united front. As Rich told Smith College graduates in a 1979 commencement address:

Every woman’s soul is haunted by the spirits of earlier women who fought for their unmet needs and those of their children and their tribes and their peoples, who refused to accept the prescriptions of a male church and state, who took risks and resisted … those spirits dwell in us, trying to speak to us. …try to be worthy of your foresisters, learn from your history, look for inspiration from your ancestresses.

The time has come to act, in big ways and small. I, for a start, will sign more petitions to fight the war on women, to Flush Rush, to increase the proportion of women in Congress to more than 17 percent. I will assign more of Adrienne Rich’s work in my courses. I will remind my non-feminist students, who have reaped the bountiful benefits of pioneers and prophets like Adrienne Rich, of her sage and resonant words.

To borrow Rich’s phrases, a preponderance of “lies, secrets, and silence” threaten our “dream of a common language.” But the game is not over. We “hyena[s] in petticoats” should never underestimate our power to “have it out at last on [our] own premises,” to “resist amnesia,” to “claim an education,” to have “the will to change,” and to “dive into the wreck” to see what is found there.

Picture of Adrienne Rich taken in 1980 from Flickr user K.Kendall via Creative Commons 3.0

It’s Not Just the Supreme Court—It’s the Fossil Fuel Industry, Too
Don’t Draft Our Daughters—or Our Sons
The Inflation Reduction Act Is a Much-Needed Win for Women