Trans Feminism: There's No Conundrum About It - Ms. Magazine
Skip to content 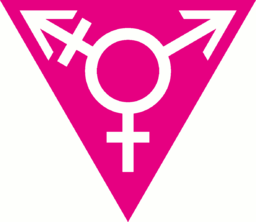 Aviva Dove-Viebahn’s recent Ms. blog post, “Transfeminism and Its Conundrums,” framed trans feminism* as a controversial and debatable submovement within feminism. I strongly disagree, as did a number of commenters, and here’s why:

Trans feminism—that is, transgender perspectives on feminism, or feminist perspectives on transgender issues—is one of many so-called “third-wave” feminisms. Its origins are closely linked with other feminist submovements—specifically, sex-positive feminism, postmodern/poststructuralist feminism, queer theory and intersectionality. These strands of feminism  represent a move away from viewing sexism as an overly simplistic, unilateral form of oppression, where men are the oppressors and women are the oppressed, end of story.

There are also other forms of marginalization prevalent in our society, such as racism, classism and ableism.As feminists of color have articulated, these do not act independently of one another but intersect with and exacerbate one another. A woman of color doesn’t face racism and sexism separately; the sexism she faces is often racialized, and the racism she faces is often sexualized. This concept of intersectionality is now very well accepted among many contemporary feminists (albeit not by those who continue to adhere to a unilateral men-oppress-women-end-of-story approach to feminism).

Trans feminism is rooted in this idea that there are multiple forms of sexism that often intersect with each other and other forms of oppression.

Anyone who fails to conform to the gender binary—whether an intersex child, a tomboyish girl, a gay man, a transgender person, etc.—is marginalized by society, albeit in different ways. The gender binary concept was an attempt to create a synthesis between feminism, queer and transgender activism, and it has become quite popular among many feminists and LGBTQ activists since its inception.

Trans feminists have also focused on how trans people are impacted by institutionalized cissexism—forms of sexism that construe trans people’s gender identities and expressions as less legitimate than those of cis people (those who are not trans). Cissexism—or as some describe it, transphobia—can be seen in how individuals, organizations and governments often refuse to respect trans people’s lived experiences in our identified genders/sexes; in the discrimination we may face in employment or medical settings; and in how trans people are often targeted for harassment and violence.

While some examples of cissexism are quite trans-specific, others have strong parallels with what women face in a male-centric society. For instance, trans people and women are routinely objectified and deemed incompetent to make informed decisions about our own bodies, and our perspectives and lived experiences are often not taken seriously by cis people and men, respectively.

Of course, cissexism does not occur in a bubble. It occurs in a world where other forms of sexism and oppression exist. For instance, trans feminists such as myself have articulated the concept of trans-misogyny—that is, the way cissexism and misogyny intersect in the lives of trans women and others on the trans female/feminine spectrum. Trans-misogyny explains why the lion’s share of societal consternation, demonization and sexualization of transgender people is concentrated on trans female/feminine individuals. Cissexism also intersects with other forms of marginalization—for instance, victims of transphobic violence are overwhelmingly trans people who are poor, who are of color and/or on the trans female/feminine spectrum.

So basically, that’s it: Trans feminism is not a conundrum. Rather, it is simply one of numerous third-wave feminisms that take an intersectional approach to challenging sexism and oppression. The only thing different about trans feminism is that it extends this feminist analysis to transgender issues, which have been largely overlooked or misinterpreted by feminists in the past.

Dove-Viebahn’s post gives credence to those feminists who refuse to acknowledge cissexism or intersectionality, and instead frame trans issues solely in terms of male privilege. In the past, such feminists have dismissed trans feminism, depicting trans men as being “female” traitors who transition to attain male privilege and trans women as being entitled “men” who transition in order to infiltrate women’s spaces. While this rhetoric has mellowed somewhat over the years, some feminists still argue that trans women have no right to participate in feminism because we were not socialized female, or because we may have benefited from male privilege in the past.

Of course, male privilege is a real phenomenon. In my book Whipping Girl, I discuss my own experience with male privilege—and losing it post-transition—at great length. However, trans people’s experiences of male privilege vary greatly depending upon the direction of one’s gender transgression or transition, the age one transitions (during early childhood, as a teenager or at various points in adulthood), one’s sexual orientation, whether one “passes” as cisgender, one’s race and so on. It’s impossible to talk accurately about male privilege—or any aspect of sexism—without framing it in terms of intersectionality.

The myth that there is some kind of universal women experience was debunked by women of color, among others, long ago. All of us have different life histories, sexism impacts each of our lives somewhat differently and each of us is privileged in some ways but not others. Some feminists may obstinately insist that cis women have it far worse than trans women, or that traditional sexism is far worse than cissexism, or heterosexism, but the point of feminism is not to engage in this kind of Oppression Olympics. Rather, the point is to challenge societal sexism and other forms of marginalization. This is what trans feminists are focused on doing.

When trans feminism is reduced to a debate about whether trans women “count” as women or as feminists, it’s a disservice not only to us but to feminism as a whole.

*Many trans feminists prefer spelling “trans feminism” as two separate words, where trans is an adjective that modifies feminism. The single-word version—“transfeminism”—looks somewhat alien, and seems to suggest that this is not actually a strand of feminism but something else entirely (just as the single word “transwomen” suggests that trans women are something other than women). Along similar lines, we do not describe people as Catholicwomen or lesbianwomen.

Julia Serano is the author of Whipping Girl: A Transsexual Woman on Sexism and the Scapegoating of Femininity and Excluded: Making Feminist and Queer Movements More Inclusive.