BBC Broadcasts Live From an Abortion Clinic—And No One Gets Hurt - Ms. Magazine
Skip to content 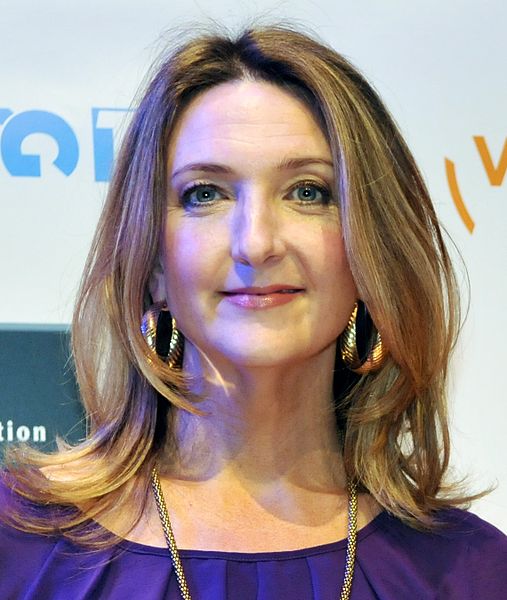 This Wednesday, May 23 marked a first for broadcasting (and for feminism): BBC Radio news anchor Victoria Derbyshire (left) aired her mid-morning show live from an abortion clinic. Her goal was refreshingly straightforward, as explained in her introduction, “What we’d like to do is tell you what happens when a woman considers an abortion and then decides to have one.”

The show came just a day after the public learned of the death of 38-year-old Catherine Furey, a mother of five who died from drinking industrial-strength vinegar in an attempt at a home abortion. Although it’s impossible to know why she took such drastic action, it’s a tragic reminder of the type of situation that could become commonplace if women were denied abortion access.

That these events occurred now is probably no coincidence; in different ways, each is likely a symptom of a new climate around abortion in the U.K. Abortion has been legal here (except in Northern Ireland) for 45 years, and until recently, that right was not under threat. Unlike in the U.S. and other countries, religious conservatives have little political clout here, and abortion doctors and patients haven’t had to face the terrifying threat of “pro-life” terrorism. But in the last few years, American anti-abortion groups have expanded into the UK, including 40 Days for Life, which held a series of protests outside abortion clinics during Lent this year. Conservative MP Nadine Dorries has spearheaded several campaigns to reduce access to abortion, which have so far failed but brought a lot of media attention to her anti-choice rhetoric. And in March, the government ordered a series of privacy-compromising raids on abortion clinics at a cost of £1 million. This news was eagerly reported by right-leaning newspaper The Daily Telegraph, (full disclosure: I’ve written for their technology section in the past), whose articles uncovering malpractice in a minority of abortion clinics seems less like investigative journalism than anti-choice propaganda.

Given how emotional and divisive discussions of abortion can be, it was a relief to hear Derbyshire’s dispassionate tone as she interviewed employees of the unnamed clinic, which is part of Marie Stopes International and provides 6,500 abortions a year alongside other sexual health services, such as vasectomies and STD screenings. Wednesday was a typical day, with 34 abortions scheduled (28 surgical, six pill-induced) and six consultations. None of the day’s patients spoke to Derbyshire, but she talked to two former patients as well as a receptionist, a health care worker, a counselor and the clinic’s surgical director. However, not one doctor, neither at Marie Stopes nor the three other abortion providers the show contacted, was willing to be interviewed, even by email. The clinic’s surgical director, Dr. Paula Franklin, said this reflected the fact that their doctors care more about doing their work than talking about it, but it’s hard not to wonder whether the increasingly hostile dialogue around abortion and the fear of U.S.-style anti-abortion attacks affected their decisions.

Perhaps the most revealing interview was with Karen, one of the health care workers who meets patients for an initial consultation. Although non-judgmental and emphatic about abortion being a woman’s decision, she was also adamant that it should be “a last resort.” She emphasized that the wording of the 1967 Abortion Act means that a woman seeking an abortion in the U.K. must demonstrate that carrying the pregnancy to term would cause her significant physical or psychological harm.

Amanda, a former patient of the clinic, became pregnant after a one-night stand. As a single mother with a history of debilitating clinical depression, she knew she couldn’t cope with another baby. She highlighted that anti-abortion campaigners often seem ignorant of the reality of carrying an unwanted fetus to term, saying, “Who are they to tell me what is right for me? These people are not going to be around once that child is born. They are not going to pay for it; they are not going to love it.”

While it could be argued that broadcasting from the clinic was in itself a pro-choice move, Derbyshire did read out some of the strongly-worded texts and Tweets she received, which criticized abortion (“murder”) and her show (“tasteless”). She also spoke to a priest who protests outside the clinic to let local people know of its existence. “If you were going past this street, you’d think that that place across the road was anything but a killing factory,” he said.

His hyperbolic description is especially ironic given that all the staff Derbyshire spoke to were at pains to point out that their job is to emphasize choice rather than encourage abortion. Their compassion and concern for women’s health felt genuine. I was a little disappointed by the rushed discussion of the reasons contraception fails, during which Derbyshire placed too much emphasis on women’s carelessness rather than investigating the reasons unwanted pregnancies occur. Even though women in the U.K. have universal access to contraception, women are still susceptible to poor sex education, reproductive coercion and contraindicated medications.

But overall, I was impressed: both with the way the clinic’s staff support women and with Derbyshire’s focus on the practical and medical reality of abortion, a perspective that is too often lost. I switched off my radio with the feeling that I’d listened to something truly groundbreaking: a show that had helped to demystify and destigmatize a topic many of us are still ashamed to discuss, and which might even save a woman’s life. I also felt moved to do everything I can to make sure our right to choose isn’t taken away.