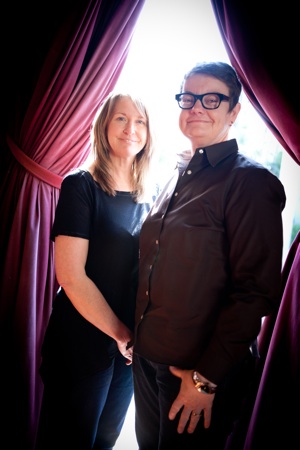 Today, the marriage equality cause got another boost: The Ninth Circuit Court of Appeals upheld a February decision finding California’s Proposition 8 to be unconstitutional. Proponents of the same-sex marriage ban wanted the Ninth Circuit to invalidate the earlier ruling and to rehear the case en banc—that is, with an 11-judge panel (here‘s an explanation of what this would have meant). But the court judged that unnecessary [PDF].

Now that this legal hurdle has been cleared, the Prop 8 case will most likely head to the Supreme Court. The Prop 8 Trial Tracker spells out what will happen next:

The proponents have 90 days to file a petition for certiorari to the Supreme Court, seeking review of the decision striking down Proposition 8. It’s likely that justices at the Supreme Court would have their conference to take up the petition and decide whether to grant review or not sometime after their summer break in October. Oral argument would follow a few months later, and then a final decision would be issued by June or July 2013.

For Kris Perry and Sandy Stier, two of the original plaintiffs in the Prop 8 case, a Supreme Court decision would mark the end of a long saga. When they signed on to take part in the case, which was filed May 22, 2009, they had no idea it would persist for so long. In an interview with Ms. for the forthcoming Spring/Summer issue (on newsstands June 26), the couple spoke about the ongoing hostility from opponents of marriage equality:

Stier:  On some level you think, [after] so many different legal steps, there’s so much resistance to us getting married. … Every time there’s an appeal or the appeal to the en banc, [you think,] “Wow, somebody really doesn’t want us to be able to get married!”  It’s intense. For me,  it’s just highlighted how extreme the discrimination is…

Perry:  …the lengths they’ll go to to prevent us from having something they have.

The American Foundation for Equal Rights (AFER), the organization leading the legal charge against Prop 8, has called today’s ruling a “huge turning point.” As the case enters its final stage, AFER expressed optimism in a recently released statement:

Each and every day that Proposition 8 remains on the books, loving gay and lesbian couples like our plaintiffs, Kris Perry & Sandy Stier and Paul Katami & Jeff Zarrillo, are singled out as “different,” “other” and “less than,” and their children are forced to endure consequences of state-sanctioned discrimination.  Fortunately, this dark mark on California’s Constitution is about to be erased for good.

In February, the Ninth Circuit ruled that because California acknowledged marriage rights for same-sex couples in 2008, it couldn’t turn around and vote them out of existence. “What I really loved about the Ninth Circuit ruling,” Perry told us, “was how much it supported the Constitution. … To change the Constitution to discriminate against The People is not allowed.”

Same-sex marriage bans are not faring well in the courts. Just last week, a U.S. appeals court in Boston ruled that the Defense of Marriage Act is unconstitutional. A similar ruling was made at the end of May by an Oakland federal judge. Judges continue to agree with what AFER has consistently argued: Marriage is a fundamental right of citizens that should not be withheld from lesbians and gay men.

Today’s Ninth Circuit decision has cleared the path for the largest state in the Union to treat lesbian and gay couples as full-fledged citizens. The United States moves one step closer to fulfilling its promise of equal rights for all.