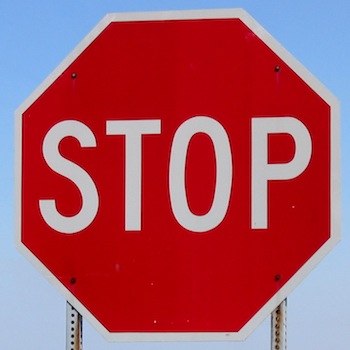 This is the third installment of a four-part series about how girls and women can navigate a culture that treats them like sex objects. (See Part 1, Part 2.)

There are four damaging daily rituals of objectification culture we can immediately stop engaging in to improve our health.

Most women were taught that heterosexual male attention is our Holy Grail before we were even conscious of being conscious, and its hard to reject this system of validation. But we must. We give our power away a thousand times a day when we engage in habitual body monitoring so we can be visually pleasing to others. The ways in which we seek attention for our bodies varies by sexuality, race, ethnicity and ability, but the goal too often is to attract the male gaze.

Heterosexual male attention is actually pretty easy to give up, when you think about it. First, we seek it mostly from strangers we will never see again, so it doesn’t mean anything in the grand scheme of life. Who cares what the man in the car next to you thinks of your profile? You’ll probably never see him again. Secondly, men in U.S. culture are raised to objectify women as a matter of course, so an approving gaze doesn’t mean you’re unique or special. Thirdly, male validation through the gaze alone doesn’t provide anything tangible; it’s fleeting and meaningless. Lastly, men are terrible validators of physical appearance, because so many are duped by make-up, hair coloring and styling, surgical alterations,  etc. If I want an objective evaluation of how I look, a heterosexual male stranger is one of the least reliable sources on the subject.

Suggested activity: When a man catcalls you, respond with an extended laugh and declare, “I don’t exist for you!” Be prepared for a verbally violent reaction as you are challenging his power as the Great Validator. Your gazer likely won’t even know why he becomes angry, since he’s simply following the societal script that you’ve interrupted. That includes fashion, “beauty” and celebrity magazines, along with sexist television programs, movies and music. Beauty magazines, in particular, give us very detailed instructions on how to hate ourselves, and most of us feel bad about our bodies immediately after reading. Similar effects are found with television and music video viewing. If we avoid this media, we undercut the $80 billion a year Beauty-Industrial Complex that peddles dissatisfaction to sell products we really don’t need.

Suggested activity: Print out sheets that say something subversive about beauty culture, like “This magazine will make you hate your body,” and stealthily put them in front of beauty magazines at your local supermarket or corner store.

Many of us girls and women play internal tapes on loop for most of our waking hours, constantly criticizing the way we look and chiding ourselves for not being properly pleasing in what we say and do. Like a smoker taking a drag first thing in the morning, many of us are addicted to this self-hatred, inspecting our bodies first thing as we hop out of bed to see what sleep has done to our waistline. Self-deprecating tapes like these cause my female students to speak up less in class. They cause some women to act stupid when they’re not, in order to appear submissive and therefore less threatening. These tapes are the primary way we sustain our body hatred.

Stopping the body-hatred tapes is no easy task, but keep in mind that we would be highly offended if someone else said the insulting things to us that we say to ourselves. These tapes aren’t constructive, and they don’t change anything in the physical world. They are just a mental drain.

Suggested activity: Sit with your legs sprawled and the fat popping out wherever. Walk with a wide stride and some swagger. Eat in public in a decidedly non-ladylike fashion. Burp and fart without apology. Adjust your breasts when necessary. Unapologetically take up space.

4) Stop competing with other women. Unwritten rules require us to compete with other women for our own self-esteem. The game is simple: The prize is male attention, which we perceive as finite, so when other girls/women get attention from men we lose. This game causes many of us to reflexively see other women as natural competitors, and we feel bad when we encounter women who garner more male attention than we do. We walk into parties and see where we fit in the “pretty girl pecking order.” We secretly feel happy when our female friends gain weight. We criticize other women’s hair and clothing. We flirt with other women’s boyfriends to get attention, even if we’re not romantically interested in them.

Suggested activity: When you see a woman who triggers competitiveness, practice active love instead. Smile at her. Go out of your way to talk to her. Do whatever you can to dispel the notion that female competition is the natural order. If you see a woman who appears to embrace the male attention game, recognize the pressure that produces this and go out of your way to accept and love her.