We Like You a Lot, Ms. Scientist, But We'd Rather Hire the Guy - Ms. Magazine
Skip to content 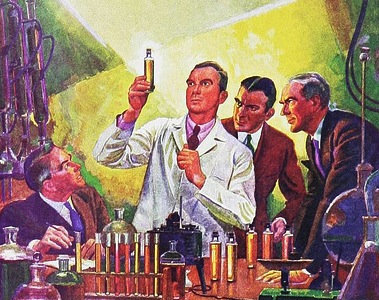 The researchers asked a national sample of 127 biology, physics and chemistry professors to evaluate the application materials of an undergrad science student who applied for a lab manager position, a job they saw as a gateway to other opportunities.

Everyone was given the same materials (excerpts here), but half the applicants were given the first name Jennifer and half were called John. The participants were told the student would be given feedback based on their evaluations.

The results are sobering. There was a significant difference in the average competence, hireability and mentoring ratings by gender. Professors who thought they were evaluating a female applicant saw a less-qualified candidate than professors who were evaluating the identical application materials but thought it was from a man:

So not only was there a gap in perceived competence and fit for the position, but professors were less willing to engage in the type of mentoring that can help students gain both skills and confidence in their abilities—which can be especially important for under-represented groups.

And despite what you might expect, female professors were just as likely to do this as male professors were. Just thinking an applicant was female seems to have touched off an unconscious bias that led them to see female candidates negatively and to be less willing to spend time mentoring them. Professors’ age, tenure status and discipline didn’t make a difference, either.

The professors were also asked to recommend a starting salary. Again there was a significant difference. The average suggested beginning salary for the male candidate was $30,238, while for the female student it was $26,507:

The authors point out that these findings are especially noteworthy because, unlike many studies of gender bias that use college students or people who have never had to make the type of hiring or mentoring decisions they’re being asked to engage in for the study, this sample was made up of scientists who are active in their fields, regularly working with students.

Interestingly, when asked how much they liked the candidate, those evaluating the female student gave a higher score than those assigned the male student. But this didn’t translate into seeing the female candidate as competent. The study authors argue that this is strong evidence for subtle gender bias. The professors didn’t express dislike or hostility toward a female candidate. In fact, they tended to actively like her. But as the researchers explained,

… despite expressing warmth toward emerging female scientists, faculty members of both genders appear to be affected by enduring cultural stereotypes about women’s lack of science competence that translate into biases in student evaluation and mentoring.

This study implies that women in the natural and biological sciences (and yes, surely other fields too) still face prejudices that can impact the opportunities they are given to work closely with professors, as well as limiting their access to jobs and starting them out at a lower salary. These factors can snowball over time, creating larger and larger gaps in career achievements and income as men capitalize on opportunities while women find it impossible to catch up.

Image from Flickr user BrokenCities under license from Creative Commons 2.0