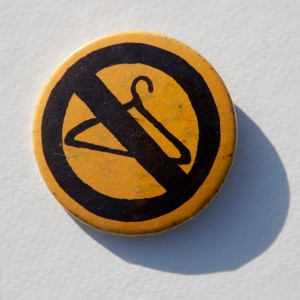 This title is, admittedly, at least partially tongue in cheek. It refers to an old Jewish joke from my childhood, where any topic, no matter how seemingly unrelated, always came back to this question. But on a more serious note, the centrality of the abortion issue in this presidential election season has led me to conclude that the policies promoted recently by anti-abortion forces in Congress are not good for any woman, whether Jewish or not. Moreover, the unprecedented harshness of some current abortion proposals, which reflect a jaw-dropping misogyny, has spurred me, a longtime observer of the abortion conflict, to reflect on various Jewish connections to this contentious issue.

In particular, a bill passed in Congress–the Orwellian-named “Protect Life Act,” H.R. 358, which permits hospitals to deny women abortions in life threatening situations, and even to refuse these women referrals to other facilities–violates my most basic understanding of Jewish ethics. Although I have studied the abortion conflict since the 1970s and thought I was beyond shock, the “Protect Life Act,” which passed with 251 House members voting in favor, stunned me. Did these 251 members of Congress really believe in what they were voting for? Were they really prepared to let their wives and daughters–and in the case of those women legislators who voted for this bill, themselves—go to such hospitals in the case of a life-threatening pregnancy? I think it’s fair to say the answer to this question is absolutely not. Rather, I suspect that these politicians assumed that the only people monitoring such votes were a crucial part of their base, the hard-core antiabortionists who “score” each abortion-related vote, and that no one else was paying attention. And that probably would have been the case had Todd Akin not uttered his infamous comment about “legitimate rape,” leading to more scrutiny of the abortion positions held by both parties. (The bill has not been brought up in the Senate and therefore is not current law.)

What does all this have to do with the Jews? There do exist divisions in the Jewish community around abortion: Orthodox Jews officially oppose abortion in most situations, while Conservative, Reform, Reconstructionist and non-affiliated Jews overwhelmingly support abortion rights, often very strongly. But Jewish law makes it very clear that the life of a pregnant woman takes precedence over that of a fetus, and indeed insists upon an abortion in such cases. Therefore the “Protect Life” Act mentioned above, if it ever did become law, would have no support in any sector of Jewish community.

The disjuncture between the current level of fanaticism we are seeing from anti-abortion politicians and where most Jews in this country are regarding abortion reminds me of the very strong Jewish presence in the abortion rights movement, both with respect to the abortion-providing community and to the activist wing of the movement. Non-Orthodox Jewish clergy, for example, have long been prominent in groups such as the Religious Coalition for Reproductive Choice, and the National Council of Jewish Women has consistently taken a strong pro-choice stand.

Regarding abortion providers, who have been the focus of my own research, I have noted over the years that the proportion of Jewish physicians in this field seems to far exceed the 2 percent of the general population that is Jewish. Whether this is a function of the fact that Jews are overrepresented in medicine generally, or are particularly drawn to the abortion issue because of feminist and/or social justice sensibilities, or—in the case of the non-Orthodox–come from a religious background that does not demonize abortion, I cannot say. It probably is a combination of all three.

As the ADL and the Southern Poverty Law Center, groups which track right-wing extremism, have noted, Jews within the abortion-providing community have long been demonized by extremist organizations, which often combine both anti-Semitic and antiabortion elements. As one poster put it on the White Nationalist website, Stormfront, “I do not think that White unborn children should be killed no matter how much it would thoroughly please PP [Planned Parenthood] and its money-making jew doctors.”

When Dr. Barnett Slepian, an OB/GYN who provided abortions in Buffalo, was assassinated on a Friday night in 1998 by James Kopp, it became widely known that the doctor had just returned from synagogue, where he had said kaddish for his father. Less widely publicized was the fact that Kopp had targeted and injured several other Jewish abortion doctors, in both the U.S. and Canada, before successfully killing Slepian.

But at the same time that some in the anti-abortion movement are very openly anti-Semitic, others profess sympathy with the Jewish people—particularly in their quite controversial attempts to 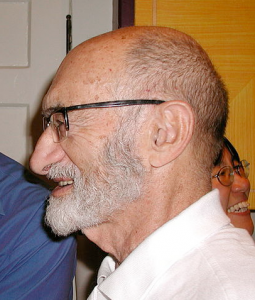 appropriate the Holocaust by claiming legal abortion represents a contemporary version of the Nazi activity of the 1940s. Many within the Jewish community, from noted survivor Elie Wiesel on down, have condemned this rhetoric. But in my experience, the most eloquent statement of the actual relationship between the Holocaust and legal abortion has come from Dr. Henry Morgentaler (right), a now-retired physician in his 80s, who was instrumental in bringing legal abortion to Canada.

Morgentaler, a Polish Jew, lost several members of his family in concentration camps, and himself was imprisoned in Dachau and Auschwitz. After the war, he obtained a medical degree and moved to Canada. He opened a family medicine practice and soon found that he could not, in good conscience, deny abortions to women who were begging him for the procedure. He knew if he refused these women they would likely go to unsafe practitioners or attempt to abort themselves. Although he was ultimately successful in changing Canadian policy, he was at one point arrested and jailed for his illegal abortion activity.

I had the opportunity to interview Dr. Morgentaler some years ago and I asked how he—after six years in concentration camps—was willing to risk imprisonment again. He answered,

There was the desire to do something positive in my life, since this life could have been snuffed out. Well, finally I had the chance to do something positive. … [I could] try to build a society where children will be loved and desired and cared for, and therefore would grow up to be loving, caring persons who … will not rape, maim or murder. A society where there will be no more Auschwitzes and no more Dachaus.

Crossposted from Jewesses With Attitude