Candy Crowley in the Spotlight - Ms. Magazine
Skip to content 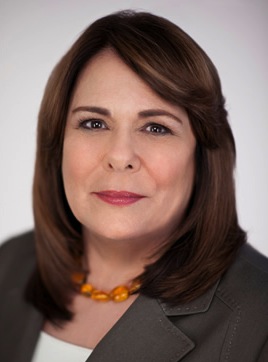 Much of the buzz around today’s presidential debate does not concern economic policy, foreign affairs or the War on Women. No, much of the hoopla centers on a third party: the debate moderator, CNN’s Candy Crowley.

Debate moderators have been given particular attention this election season, and their performances have been rated as intently as those of Pres. Obama and challenger Mitt Romney. Martha Raddatz, an ABC News war correspondent who also served as NPR’s Pentagon correspondent for five years, was praised for her sharp moderating of the vice presidential debate, even dubbed the debate’s winner by CNN. In contrast to the docile, relatively ineffectual approach of PBS reporter Jim Lehrer in the first presidential debate, Raddatz’s tough questioning and active involvement in the Biden/Ryan discussion garnered her much attention, mostly good.

Crowley, the first woman to moderate a presidential debate in two decades, faces different challenges than Raddatz. Firstly, she will select from an audience the candidates’ questions rather than form her own. However, in response to suggestions that she will engage in a limited role, she said that she hopes to still be able to add to the conversation: “Once the table is kind of set by a town-hall questioner, there is then time for me to say, ‘Hey, wait a second, what about X, Y, Z?'”

That comment prompted concern from both the Obama and Romney campaigns.  Writes, TIME’s Mark Halperin,

In the view of the two campaigns and the commission, those and other recent comments by Crowley conflict with the language the campaigns agreed to, which delineates a more limited role for the debate moderator. The questioning of the two candidates is supposed to be driven by the audience members–likely voters selected by the Gallup Organization.

The language of the document expressing these agreed-upon terms reads:

In managing the two-minute comment periods, the moderator will not rephrase the question or open a new topic. … The moderator will not ask follow-up questions or comment on either the questions asked by the audience or the answers of the candidates during the debate or otherwise intervene in the debate except to acknowledge the questioners from the audience or enforce the time limits, and invite candidate comments during the two-minute response period.

Though this memo has been signed by lawyers from the respective campaigns, Halperin notes that there is no evidence suggesting that Crowley has signed, intends to sign or was ever even asked to sign.

Crowley, a seasoned journalist and political correspondent, is also in the spotlight because of her gender, of course. The last woman to moderate a presidential debate was Carole Simpson, who refereed for the trio of Bill Clinton, George H.W. Bush and Ross Perot in 1992. In response to the brouhaha surrounding Crowley’s position, Simpson says she feels women moderators are being marginalized, and expressed disappointment over the fact that Raddatz and Crowley were respectively delegated to the vice dresidential debate and the town-hall format, the latter of which “does not give a woman the chance to ask questions.”

Simpson also acknowledges the obvious: As was Raddatz, Crowley will be treated differently simply because she is a woman. In a letter of advice to Crowley this past August, Simpson wrote, “There is still a double standard. People will be hypercritical of you no matter how professional or fair you are.” Simpson urged Crowley to ignore those wishing to tell her how to do her job:

Before my debate, people came out of the woodwork to tell me how to speak, how to stand, how to walk among the audience, how to dress and how to style my hair. I don’t think any man has gone through that.

It comes as no surprise that Crowley feels she is up against a great deal of pressure, as many have made clear that as many eyes will be on her as on the presidential candidates. Regardless of which candidate “wins” Tuesday’s debate, we hope to see Candy Crowley take a leaf from Raddatz’s book, make her voice heard and raise questions regarding issues pertinent to women and their rights. Good luck, Candy Crowley! And, as Simpson wrote in the closing of her letter, “Hopefully it won’t be another 20 years before you advise the next female moderator of a presidential debate.”

The second 2012 Presidential Debate will be televised from Hofstra University in Hempstead, N.Y. on Tuesday, October 16 at 6:00 pm PST.

Photo of Candy Crowley from CNN