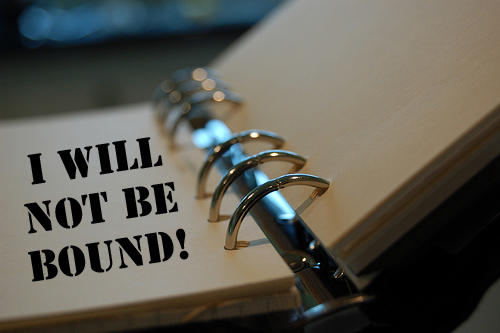 Amazon reviewers are at it again.

We already loved them for their scathing, snarky comments on Bic Cristal “For Her” pens, but now we heart them even more.

As you undoubtedly know, Gov. Mitt Romney’s “binders full of women” comment in Tuesday’s presidential debate went wildly viral, with memes, mash-ups and videos, spawning pictures of Patrick Swayze beside text that says “No One Puts Baby in a Binder,”  a Twitter account and a Tumblr, among other reactions.

As if this wasn’t enough, reviewers on Amazon decided to express their sarcastic selves about … you guessed it, binders. Actual binders. More than 900 reviews have now been written for the Avery Durable View Binder (giving it an average of four stars out of five, by the way). The comments even include poems, like this submissively upbeat one from reviewer  Cinderella:

In a red plastic binder on my big boss man’s desk
I can be whatever I want to be.
In the sleeve I’ve been put in, I can sit daintily
and my boss will smile his eyes on me.
I’m a coffee-making admin and a typist
I’m the low-paid staffer with a grad degree
I work hard to stretch the pennies I am given
And sure hope my boss will someday promote me.

I’m so cute and efficient, listen to what he has to say
with agreeable nods to his important air.
Just as long as I stay in my own little binder
And decline the offer of an affair.

TOP: Graphic by Lisa Huynh, with photo of binder via Flickr. BOTTOM: Screenshots of reviews via Amazon.