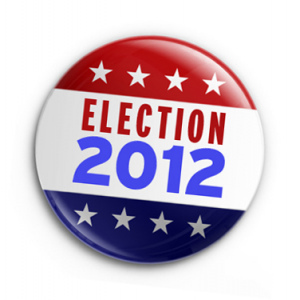 Last night was a celebration for feminists on so many levels, nationally and locally. Women’s voices were heard!! Among the most ballot measure victories were the passage of marriage equality-related measures in every state that they were up for a vote, and a solid rejection of anti-abortion Amendment 6 in Florida.

Here is a rundown of some of the measures we’ve been following.”WIN” does not necessarily mean that the measure passed–it signifies simply that Ms. supported it and endorses the outcome of the vote.

Both the Florida and Montana ballots contained legislation attempting to deprive women of their reproductive rights.

Montana: Legislative Referendum 120 (requiring parental notification before a girl 16 or younger can have an abortion) LOSS: 70% for; 30% against.

This election, three state ballots included legislation attempting to legalize same-sex marriage, while the Minnesota ballot included an amendment attempting to ban it (but it still isn’t legal in the state).

The following states’ ballots all attempted to render ineffective the Affordable Care Act.

Wyoming: Constitutional Amendment A LOSS: 77% for; 33% against.

The Montana and Maryland ballots featured legislation regarding the rights and and statuses of undocumented immigrants.

Montana: Referendum 121 (to require proof of citizenship for state services) LOSS: Approved by massive 4 to 1 margin.

Montana: Initiative 166 (says corporations are NOT people) WIN: Approved with 3 to 1 support.

California: Proposition 32 (would have prohibited unions from making paycheck deductions for political purposes)  WIN: 60.8% against; 39.8% for.

The Alabama ballot included an amendment attempting to remove the final Jim Crow provisions from its constitution, and California featured a number of propositions regarding capital punishment, the three strikes law and human trafficking.

Photo via League of Women Voters licensed under Creative Commons 2.0.