Most. Women. Senators. Ever. - Ms. Magazine
Skip to content 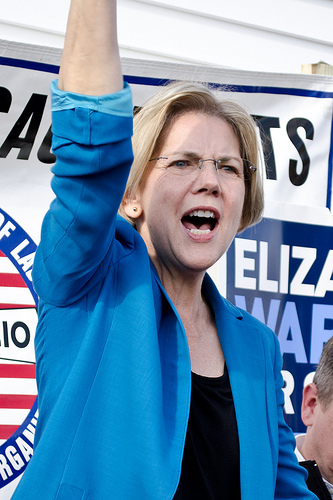 Before we start crowing, we have to point out that women still make up just 20 percent of the U.S. Senate. And that’s a really low number considering that women make up more than half the population and rank just 55th in political empowerment globally.

But … women senate candidates had great results last night! There will now be 20 women in the upper body of the Congress, compared to the 17 currently in Congress (which was the highest total to that point).

And here are the women senators who weren’t up for reelection but will still be serving (Olympia Snowe of Maine and Kay Bailey Hutchison of Texas are retiring):

Jeanne Shaheen (D-NH)–note that, in New Hampshire, women really rule, as the senators, congresspeople (Carol Shea-Porter and Ann Kuster, both Democrats) and new governor, Maggie Hasson (D) are all women!!

Now that we’ve reached 20 percent, time to boost our efforts, encourage and support women running and head toward 50 percent!