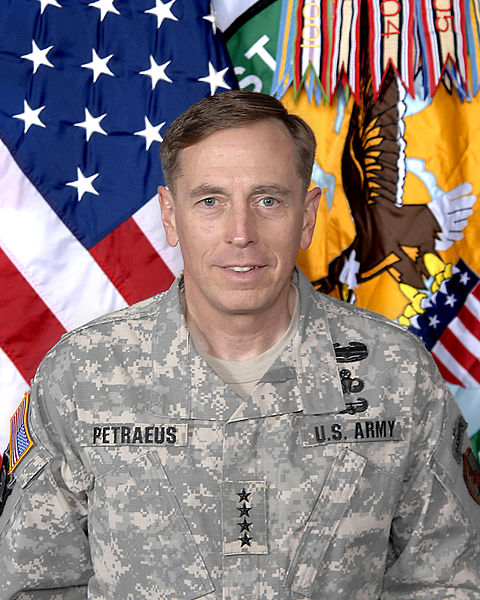 Feminists have good reason to cringe when reading the news about General David Petraeus’ resignation as head of the CIA. It should be a simple enough story: He made an error he regrets. Apparently he deceived his wife and some of his colleagues and he’s resigning from his position. To his credit, he doesn’t seem to be blaming anyone, nor is he maligning his lover, Paula Broadwell.  The same can’t be said of a popular media, which has reduced her existence to being the egregious mistake Petraeus made.

Two disturbing issues in the media portrayal of Paula Broadwell are all too familiar. First, Broadwell, like so many women before her, is having her character maligned, the motives of her work questioned and, in the long run, stands to lose far more future credibility than Petraeus. Second, media sources continually discuss marital infidelity in language that upholds sexist roles, framing women as homewreckers and victims and men as sovereign individuals capable of making mistakes and moving on from them. This framing is sometimes so subtle and feels so normal that we don’t even see it, yet it affects not only how we see Petraeus and Broadwell but also how we see all men and women involved in the institution of marriage.

At first glance, Petraeus and Broadwell seem to have a lot in common, though their stories will unfold very differently as a result of their sexual relationship. Both are West Point graduates with a penchant for high-level athletic pursuits, a history of military service and a laudable record of accomplishments. His are well known, and though she is a generation behind him in age, she is a Harvard Research Fellow, will soon receive a Ph.D. and has researched and written a book about Petraeus–an accomplishment that should remain undimmed by her romantic relationship with him. But he is being portrayed as the fallen giant and she as the selfish slayer of his career, as well as a potential Mata Hari-like character. Reports don’t seem concerned about what will happen to her career as a result of his choice to disclose their relationship.

Structural analyses of the breaking articles show that Broadwell is most often the subject of the sentence when the writer seeks to malign and/or show her as the recipient of favor. ABC News, for example, says “Broadwell enjoyed tremendous access to the general.” The Huffington Post writes, “The FBI is conducting an ongoing investigation into Broadwell to see whether she had improper access to Petraeus’ emails and may have seen classified information.” The next sentence reads, “Petraeus himself is not being investigated.”  Given the structure of the paragraph, a reader could just move on with a negative feeling about Broadwell, convinced that he is not implicated in alleged wrong-doing–even though if she couldn’t have had access if he did not give or allow it.

Numerous news sources (ABC, Daily Mail UK, among others) are also describing Broadwell as Petraeus’ mistress, rather than framing the two of them as lovers. In this sentence construction, his statement, “I had an affair” is revised to alter her identity. She becomes easier to define by the role she had in his life, rather than readers being prompted to consider the choices they both made. Let’s not forget that we are speaking of two consenting adults who chose to have sex. Or is that really what we’re discussing when the man–or in this case, both parties–are married?

Media representations of marriage most often assume that all parties have chosen monogamy, and in this case it seems that was so for Petraeas and his wife, Broadwell and her husband. The Heavy website even posted a photo of the Broadwell’s driveway in which a chalk message is written, “Dad loves Mom” along with the caption, “Now, that’s just heartbreaking.” Well, what if it weren’t heartbreaking? Couples are entitled to make their own personal arrangements regarding fidelity and relationships with friends and family. Sex outside of marriage is nothing new and need not always represent a marital tragedy. To assume that it does, and that one man’s wife became another man’s mistress, as the public language of this story often states, reifies women’s position as property. Scott Broadwell becomes a cuckold–a man from whom something has been taken by another man. There is no potential that the Broadwells are working out the terms of their relationship as they see fit, as adults and equals would do.

I certainly hope that Paula Broadwell has the wherewithal to begin reframing the public discussions about her life. I hope she finds a way to persist in her academic and professional pursuits without taking on the shame inherent in the role of “mistress” or “other woman.” I hope she won’t retreat, as Monica Lewinsky did, only to resurface in the public eye to announce her tell-all memoir of the events that changed her life. And I don’t mean her choice to have sex with Bill Clinton; I mean the media circus that defined her worth and possibilities in relationship to a powerful man.