A Girl's Guide to the Chilean Revolution - Ms. Magazine
Skip to content 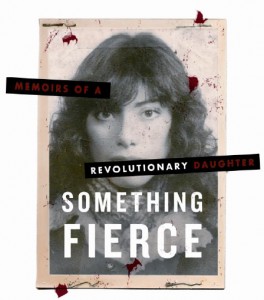 What price do the families of revolutionaries pay for their loved one’s idealism, and is it worth it?

In her memoir, Something Fierce: Memoirs of a Revolutionary’s Daughter, Carmen Aguirre describes the years from 11 to 21 in which she, along with her Chilean resistance fighting family, lived a life of secrecy, lies and terror in the political underground. Children of revolutionaries and spies rarely speak up about their experiences for fear it will bring danger and ruin to the family–which makes this a brave book.

As the daughter of a CIA spy myself, I relate to many of the pressures Aguirre faced, though in my case my family was conservative and establishment-oriented. Aguirre’s book is also unique because, unlike fellow Chilean author and exile Isabel Allende, who writes about Chile from an adult point of view, Aguirre writes from the point of view of a child. Something Fierce offers an insider’s account of what it was like to experience political terror, daily repression and parental abandonment while still striving to be a normal teen who wants a happy life. I found it gut-wrenching and fascinating.

Five years into her revolutionary life, when Aguirre turns 16, she meets someone she finally tells the truth to: She’s not part of an apolitical, bourgeois family but the daughter of revolutionaries ferrying resistance fighters over the border into Chile. She recounts the day–she was 5 and her sister 4–when military police showed up at their apartment, ransacked it, questioned them, marched the girls outside and lined them up against the wall of the house:

One soldier said, ‘I guess it’s the firing squad for you two.’ The other soldiers laughed too, as if it was the funniest thing they’d ever heard. ‘Turn around,’ he ordered Ale and me. I took her shoulders and turned her so she faced the wall. Then I did the same. ‘Hands up. Both of you,’ the soldier yelled. Ale raised her arms. I did too. An intense aroma of roses reached my nose, and then the soldier’s voice from very far away: ‘Ready. Aim. Fire.’ I was shaking so hard I thought I’d fallen down. Ale and I stood there, swaying in the mud, as the soldiers got in their vehicles and drove away.

This happens in 1973, at the start of Augusto Pinochet’s reign, at which point Aguirre’s family flees to Vancouver where she enjoys a western childhood–birthday parties, going to McDonald’s. Six years later, her family returns to the fight against Pinochet, this time from neighboring Peru. They arrive and hole up inside a Lima hotel, where Aguirre, along with her younger sister Ale, watch their parents hover over maps, talk in hushed tones, flush bits of paper down the toilet and disappear for long stretches of times. Before one such disappearance, Aguirre is warned, “If 24 hours pass and we don’t come back, call this number and say you’re with the Tall One and Raquel. Then hang up. Within an hour someone will knock on the door. Answer it, and then you and Ale go with that person.”

From this moment on, Aguirre is indoctrinated into her family’s cover, all while going to school with the sons and daughters of dictators, believing in the struggle, losing her virginity and obsessing about fashion and pop culture.

In a passage that reveals Aguirre’s central conflict, she and her sister take a break from their parents’ world and visit their maternal grandparents in Chile. She writes,

At their house, we weren’t expected to be brave and mature and revolutionary. We could just be kids. Pinochet might be in the fortress on the corner every weekend, but it didn’t matter, because the most important thing was us, and my grandparents would do anything to keep us out of harm’s way.

But she and her sister return to life in the underground, where protecting one’s identity is paramount and any careless slip can endanger the whole family. When her family inexplicably leaves Bolivia, where they live after Peru, and land in Argentina, the toll of life in the underground intensifies. Aguirre describes an OCD-like obsession around cleaning, saying

…I was tired of lying, of keeping up the façade, of living in fear that at any moment it could all come crashing down. So instead I kept the house sparkling and smelling of Pine-Sol.

Aguirre has a personal breakthrough and a reprieve from her angst when she meets a resistance fighter, who tells her she has the right to be happy:

I’d known it was our human right to have food, health, shelter and education, but happiness? What would that be for someone like me? I thought back to those rainy nights in Vancouver when my uncle Boris and all us kids would end our meetings by gorging on Big Macs and milkshakes. And then, for the first time since we’d left Bolivia, I cried.

Throughout the story, we get clues that if Aguirre’s younger sister Ale wrote a memoir, we’d get a very different story. When Aguirre and her sister learn their mother is pregnant, Ale comments that it’s crazy to have a baby underground and says, “… here’s a revolutionary thought: provide for your children and pay attention to them.”

It’s a sympathetic position, and the reader of Something Fierce will no doubt share it as they read.

But Aguirre’s version is not her sister’s; she is sympathetic to the revolution’s aims even as she describes the cost of living a double life. While the two positions seem contradictory, Aguirre makes it work. One wonders how this upbringing would have affected someone without a stronger center, but Aguirre finds her strength in the love she has for her family.

But when Aguirre turns 18 and joins the resistance herself, every day becomes an unbearable nightmare of paranoia and fear. Nevertheless, her childhood of indoctrination has primed her well and she becomes a successful and steely operative. She perseveres and we understand that she would have stayed in the resistance had the cause continued, but in 1989 the dream of realizing a socialist vision for Chile ends abruptly. When neo-liberal policies take over, the resistance is over.

Something Fierce ends on this bittersweet note, and as readers we can’t help but feel relieved. The revolution didn’t achieve its goals but Aguirre’s mental health was spared the shattering it was destined to receive. She has gone on to become a well-respected and award-winning playwright and theater and television actor, staying true to her socialist beliefs and ideals.

Some of Aguirre’s most heartfelt passages describe the poverty and inequality she witnesses but doesn’t live–from a girl standing on the boulevard in La Paz, no older than Aguirre, with a baby on her back and a toddler holding her hand, to the “mules”–men who appear 90 but are no older than 35, used as transport in Peru and treated like beasts of burden, a rope tied around their chests to hold the boxes or suitcases piled atop their backs.

At times Aguirre’s description of emotional peril isn’t as eloquent as the brutality the scene merits, but the power and uniqueness of the story make this something easily overlooked. Aguirre could also have further explored the emotional damage her underground life exacted, the way one senses her sister would have, but there is still plenty of risk here. And truth.

It’s clear Aguirre feels loved by her family and has forgiven their faults, and therefore it is the melding of political and personal risk that make this book a great feminist read.