Emergency Contraception Ruling is a Victory for Women - Ms. Magazine
Skip to content

As of Friday morning, a federal judge has ordered the U.S. Food and Drug Administration (FDA) to lift longstanding restrictions on women’s access to emergency contraception (EC). Citing the FDA’s refusal to broaden access as “arbitrary, capricious and unreasonable,“ U.S. District Court Judge Edward Korman has decided to make EC–known by its brand name, Plan B–available over-the-counter to women and girls of all ages. With this court ruling, all women will have unrestricted access within 30 days.

U.S. Department of Health and Human Services Secretary Kathleen Sebelius had previously eased limitations on EC, lowering the age restriction to 17 years from the 18-year-old age limit established by the Bush Administration. Judge Korman has declared the drug “among the safest” of those sold over-the-counter, and stated that “plaintiffs should not be forced to endure, nor should agency’s misconduct be rewarded by, an exercise that permits the FDA to engage in further delay and obstruction.”

Plan B is currently available to women 17 and older without a prescription, and to women under 17 with a prescription. Judge Korman’s ruling will not only remove these age restrictions but also the prerequisite of a prescription and adequate identification. Furthermore, today’s ruling expands the outlets at which Plan B can be obtained. While EC is currently restricted to health clinics or pharmacies, drug companies are now able to apply to make EC available elsewhere.

Today’s order was issued in response to the Center for Reproductive Rights’ lawsuit against the FDA to expand access to emergency contraceptives. Nancy Northup, the Center for Reproductive Rights’ president and CEO, commended the ruling, saying, “Women all over the country will no longer face arbitrary delays and barriers just to get emergency contraception.” 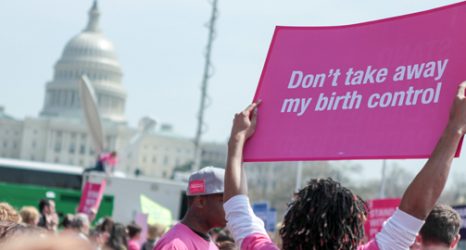 The Birth Control Pill Is Safe, Effective and Should Be Available Over-the-Counter

Linking Reproductive Rights and Climate Solutions Is the Only Way Forward